“Legislation now recognises animals as sentient beings, and the British public love our chickens and pigs; from Peppa Pig to Chicken Little, and Miss Piggy to Camilla the Chicken, we treasure our farmyard friends and their personalities. We are a nation of animal lovers and, for that reason, the UK rightly enjoys the highest animal welfare standards in the world,” he said.

But, along with other MPs who spoke during the debate, he stressed that ‘anything done in this space must be done with farmers, not to farmers’.

“Now is the time to work with the industry to find a way forward that protects both piglets and sows, supports our farmers during the transition, and ensures that those farmers remain competitive,” he said. “The Government must use their new-found Brexit freedom to support our farmers in transitioning from the cage age, ensuring that they are not undercut by those who continue to use cages.”

“I understand the arguments from the industry about why it thinks it needs those things to prevent the deaths of piglets by accidental crushing. However, I hear what other Members have said, and when I look at the evidence, it seems that there are other ways of doing it in other places, and I think that we must move on to loose-housing systems,” he said. 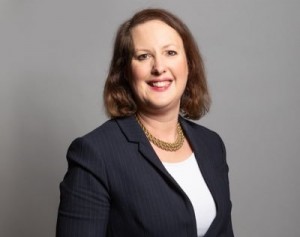 Defra has made it clear for some time that it is examining the future of farrowing crates, but no consultation has been forthcoming as the complex issues around such a ban are considered, particularly in the context of the current industry crisis.

Commenting on Defra’s position on farrowing crates Mrs Prentis stressed that it has been an extremely difficult year for pig farmers and highlighted that 40% of UK sows are kept outdoors.

“The pig sector also gives us the clearest evidence of what happens when we ban a system without having a plan to help the industry through it. The ban on sow stalls 23 years ago led to a 40% decline in the UK’s pig production statistics, which, truthfully, we have never recovered from,” she said.

Reiterating sentiments expressed by MPs during the debate she added: “We must not offshore our animal welfare harms, because that would do the pig world as a whole no good at all. There are difficulties—we are bound by World Trade Organisation rules, of course—but active work is being done to establish how, if we banned a system here, we could ban imports from that system. We are working hard on that, but these things are not easy.

Mrs Prentis confirmed that Defra’s consultation on pig farrowing crates was ‘not quite ready, particularly the impact assessment on costs, and this is an industry that has really struggled over the past year’.

“The consultation is still being worked on and clearly further work is needed,” she said. “I am very much in touch with the pig industry, as we come through what has been a very difficult period. We continue to work collectively.”

She concluded: “The Government are committed to phasing out confinement systems and supporting the industry to do so, not least to underpin UK food security. However, we need to work carefully and sensitively with the pig and poultry industries, which are both struggling with some difficult input costs and other challenges at the moment.”