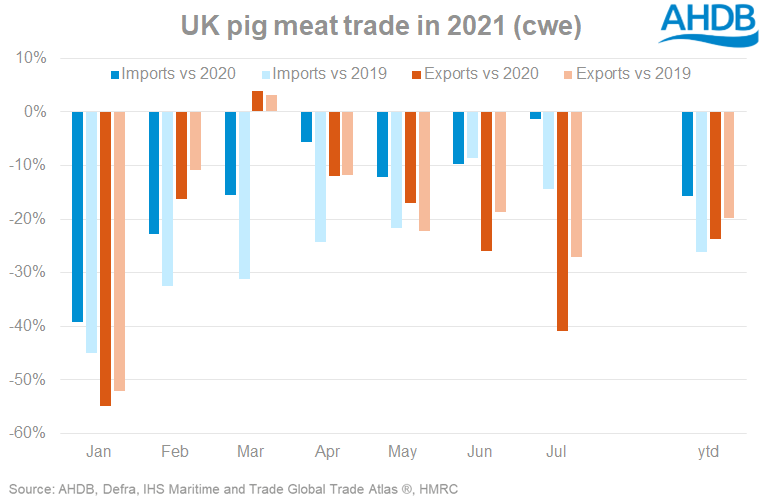 For the year to July, the UK has exported 129,800 tonnes of pig meat, a drop of 22% year on year. This is despite a 7% increase in pig meat production in the same period, with lower imports largely making up the difference.

Mr Wyatt said on imported meat to the UK: “While not quite a last year’s levels, pig meat imports have been recovering more smoothly. This trend will have been helped by the reopening of the foodservice sector here, and heavily discounted prices for pork on the continent.”