She then put Mr Eustice on the spot in front of more than 1,400 people and the glare of the national media, pointing out that during his brief time as a backbencher last year, he tabled various amendments that would deliver what the UK farming industry is now asking for. That is to enshrine the Government’s commitment to maintain UK food standards in future trade deals through legislation requiring food imports to meet UK standards.

“I am very confident that when the Agriculture Bill passes to House of Lords, this amendment will be put down,” Mrs Batters said. “Can we have assurances that when that amendment comes back into the Commons, it will not be taken out?” 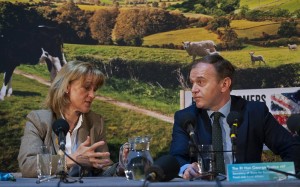 “I can’t give any such assurance,” the new Defra Secretary said, to boos from the audience, adding that he ‘said lots of things as a backbencher’, but now, as a Minister again, was ‘proactively contributing to developing a consensus in Government’.

The Government has made it clear that, under a new EU trade deal from 2021, it wants ‘control of its own laws’ and freedom to enter ambitious trade deals with other countries. This puts it at odds with the EU, which says the UK should remain aligned with EU rules, including on food and environmental standards.

Mr Johnson has also made it clear the UK would walk away from negotiations with the EU as early as June if a ‘broad outline’ of a deal was not in place, raising the prospect of a radically different trading environment from the start of next year, possibly governed by WTO rules.

This would present huge challenges in maintaining standards. For example, US Government officials and industry representatives have repeatedly stressed that a pre-condition of any future deal with the UK is that we scrap what they see as unscientific and politically-driven EU restrictions on practices like chlorine-washed chicken.

Since the conference, the Department for International Trade also published a document laying out the Government’s ambitions for a future US trade deal.

It sets out the ‘best of both worlds’ approach seeking to ‘reduce technical barriers to trade by
removing and preventing trade-restrictive measures in goods markets, while upholding the safety and quality of products on the UK market’. This includes ‘promoting the use of international standards, to further facilitate trade between the parties’.

The document adds: “The UK’s reputation for high quality food and agricultural products is recognised internationally and underpins our exports of these products.

“Any trade agreement with the US must work for UK consumers, farmers and companies and the Government will strongly defend our right to regulate in these areas in the public interest. The Government’s manifesto has made it clear that ‘in all of our trade negotiations, we will not compromise on our high environmental protection, animal welfare and food standards’.”

But it does not state how the Government will ensure UK standards are not compromised. 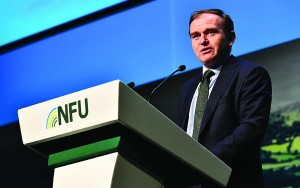 But Mr Eustice insisted the ‘issues around animal welfare and food standards’ could be addressed in future trade deals, pointing out that the US has insisted in negotiations on market access for British beef that its abattoir methodologies are used. It would, therefore, ‘not be extraordinary’ for the UK to do the same and insist on our conditions for US market access, he said.

Few were convinced, including Mrs Batters, who bemoaned what see sees ‘as a total lack of agreement in Government about the way forward in this area’.

“This will test the moral compass of the Government. That amendment has to stay in and, if it is taken out, we will know the road we are on. My worry is that we are talking a lot about raising the bar for UK farmers when we have no assurances on the standard of food imports. That does one thing – it puts these guys out of business,” she said.

Mrs Batters stressed that the issue went way beyond chlorine-washed chicken. She highlighted the gulf between UK standards and those in various other countries, for example, the use of antibiotics as growth promoters in Japan, Australia, China, Canada, Brazil, Malaysia and India and the lack of controls in the US and elsewhere ‘on what are deemed in the UK to be fundamental welfare requirements’.

Differences in pig production standards between the UK and US include the use of feed additive ractopamine and sow stalls in the US. Young NPA chair Wes Udall received warm applause from the audience when he highlighted the pig industry’s concerns over future trade deals.

He pointed out that we could find ourselves in a situation where the UK bans farrowing crates, only to import pork from the US produced using sow stalls, which were banned in the UK in the 1999. 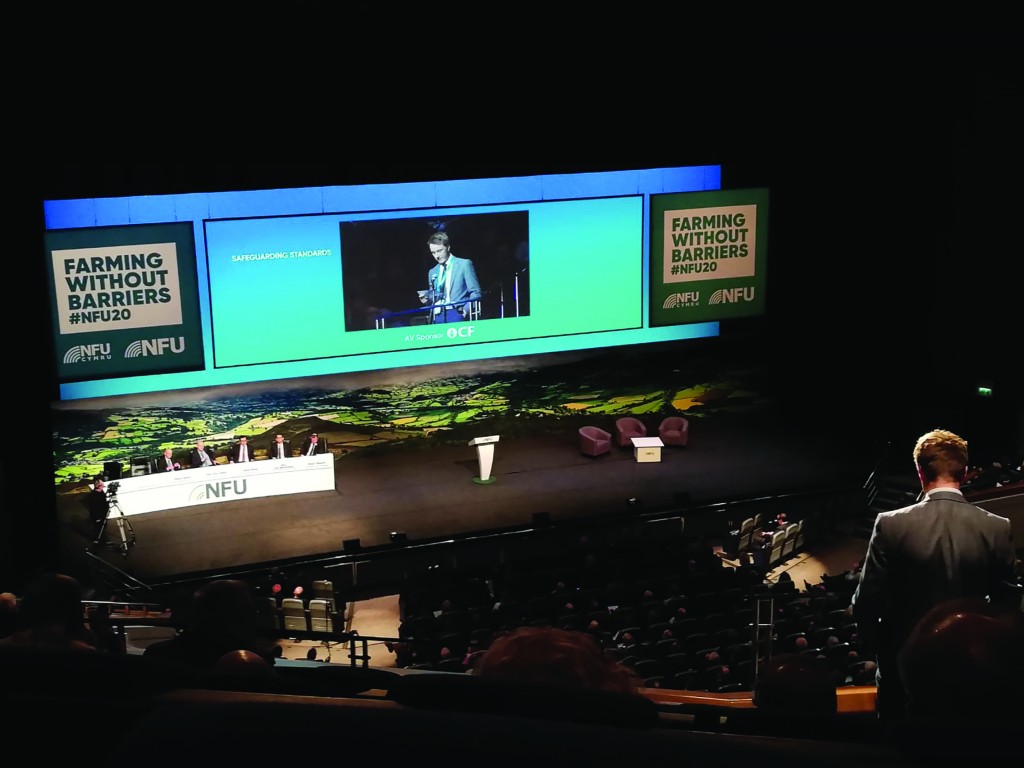 Mr Udall said: “Green NGOs and some parts of government have stated a wish to move away from using farrowing crates in the UK, which protect the welfare of the piglet and the producer.

“Meanwhile, other parts of government wish to import pork from the USA, a country that widely uses sow stalls – banned in the UK in 1999. With those polar opposite production systems, how can British pig producers expect a viable trading future?”