“But of three species we cover, the pig processing industry have held their own and done a fantastic job. We are coming back to something nearer normality across all the species. The sheep job has really taken a hammering as the hides and skin market has collapsed. But the pig world is doing alright.”

This is reinforced by AHDB’s latest market update, which shows prices rose fractionally last week, with the SPP now at 163.4p/kg, with estimated slaughter 2.3% down on the previous week but nearly 4% up on a year ago, reflecting the surge in demand.

“Although some abattoirs are reporting reduced staff availability, as is almost every sector, killing has so far remained largely unaffected,” AHDB analyst Duncan Wyatt said. 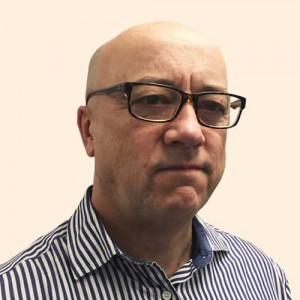 Despite the restrictions in place in some parts of the world, Chinese demand and EU trade, both ways, remained strong, which is essential for balancing the carcase. The important German sow export market was still ‘wide open’, Mr Lindars said.

However, he warned that one potential barrier to this trade was the difficulty in obtaining chilled refrigerated containers, which are vital for third country exports. The industry is looking for support from Government to help address this.

However, Mr Lindars said the two-metre social distancing guidance plants are being asked to comply with was proving to be a ‘real challenge’.

The Public Health England guidance is designed to protect plant workers, while allowing some flexibility to ensure plants can continue operating and ensuring food gets to the front line at a time of national crisis. It states that all employers are expected to apply two-metre social distancing ‘as far as is reasonably possible’.

It adds: “Where the production environment makes it difficult to do so, employers should consider what measures may be put in place to protect employees.”

Mr Lindars said the Defra had been ‘brilliant’ in supporting plants in this and other issues during the crisis. “They have been extremely supportive and feeding problems straight into Cabinet office and getting results,” he said.

The challenge, he added, has been with the Food Standards Agency (FSA), which provides the official inspectors to meat plants. “They have been late coming to the party – they could have engaged at a senior level a lot earlier,” he added.

The BMPA has had a meeting with the FSA this week to discuss the concerns around social distancing.

“We are trying to accommodate the social distancing that PHE has put on the website, but it is very difficult in abattoirs and boning and processing plants,” Mr Lindars added. “It is not like a warehouse or supermarket – workstations are not 2 metres apart and you can’t re-arrange the slaughter line.

“The guidance states that it should be done ‘as far as is reasonably possible’. It is not possible everywhere, but plants are taking steps to minimise the risks.

“We are looking for a more collaborate approach with the FSA, which includes the ensuring the agency has its own contingency plans in place.”