What has changed is that people are now saying British pork represents good value because of the currency but also food safety and welfare, and the Red Tractor is a strong symbol to go with it. We are a trusted supplier and a good country to do business with.
Brexit does throw up uncertainty but as a small family business with 35 employees we are in a position where we can react quickly to any opportunities and threats.

We already have tariffs in certain countries, for example 180 per cent in Barbados, but we still manage to sell. What we need is market access; countries we can sell to.” 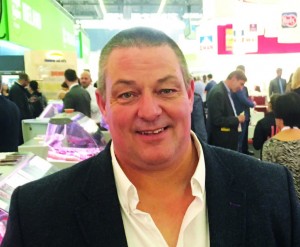 Kevin Burrows, managing director, C & K Meats, Suffolk
“About 42 per cent of our products go abroad, mainly high-end pork. We sell into Thailand, Hong Kong, Macau, Singapore, Japan India and Cuba, as well as Switzerland and continental Europe. Vietnam is on the horizon and, we hope, Malaysia.

There is a positive feel for British pork. Most of my exports are done through networking but is all on the back of the fact British pork is regarded as high-quality, high-welfare, good hygiene and BRC, Freedom Food and Red Tractor accredited.

I am trying to put a union jack on everything I do because it brings the premium for us and for farmers – it says everything.
Brexit is an opportunity. It is good for the farming industry. We can build on that brand and on the fact we have got a flag people can trust. I don’t think our relations with the EU will falter but we can now build up other markets.”

Floros Joseph director UK/EU trading at GPS Food Group (meat importers and exporters)
“There has been a lot more demand for UK pork in the last couple of months, especially from the Far East. Brexit has crucified the exchange rate, which is helping exports but making it difficult to buy product in.
In terms of Brexit, there are a lot of trading agreements in place and we don’t know if they will continue. Like every other business, we are waiting for the meat on the bones.”

International perspective
For many businesses at SIAL, exports to the UK are no longer an option.
“We used to export to the UK but it is just too expensive now. We are no longer trying,” said Jean-Francois Antoine (main pic), president of French artisan pork producer Salaisons Bentz, who seemed to be coping just fine anyway, given interest in his stand.

There was wider concern among the EU contingent, nowhere more so than on the Irish stand, where the short-term pain of the currency situation will be dwarfed if access to the UK market is made significantly harder by our exit from the EU. 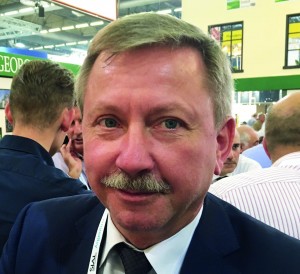 Denmark is also watching closely. Currency is ‘an issue for what we send to the UK’, said Knud Buhl (pictured), director of international affairs for Danske Slagterier, the Danish Meat and Bacon Council.

“And of course Brexit is on our minds. We are concerned by this situation from all sides,” he added. “We are an international company with a strong presence in the UK where we consider ourselves as a UK company also. We hope the (UK-EU) trade will remain but we don’t know how it will turn out.”

While free trade with the EU is vital, an ‘even a bigger challenge’ will be re-negotiating all the other agreements the UK has with markets across the world, as the most of the standards in place were based on EU regulation, he said.

There were interesting insights from further afield, too, with US and Brazilian representatives pondering whether Brexit could present opportunities for them.
Gustavo Untar, foreign trade manager from a Brazilian meat company said: “Brazilian pork currently has zero access to the EU but maybe Brexit represents a new view. Britain used to follow the laws of the EU – maybe we could have a different agreement?”