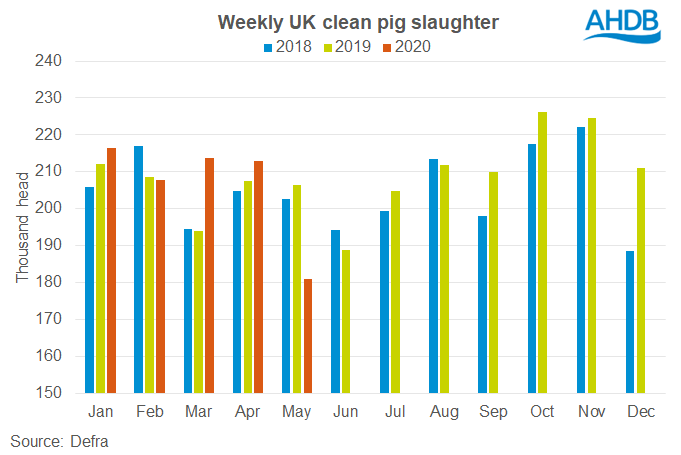 “The pork sector has weathered the conditions brought by coronavirus remarkably well and has broadly managed to maintain production, although sow prices have suffered,” said AHDB analyst Duncan Wyatt.

In contrast, the US industry has seen a massive impact, with 40-50% of production capacity lost at the peak and productivity still down on usual levels. A number of EU countries have also suffered plant closures due to COVID-19.