Following a big improvement in November, Asda’s British pork facings were up three further percentage points to 59%, its highest level for a year. Tesco was up slightly to 57%, but down on last year, while Iceland was slightly improved at 26%.

British bacon facings, at 55%, were slightly up across the board on November and a year ago, with Co-op and M&S the only two retailers on 100%, followed by Waitrose, 91%, and Sainsbury’, which showed a big increase to 80%.

The NPA is currently running a #PorkReport social media campaign, highlighting good and bad practice in retailers when it comes to stocking and displaying and clear labelling.

How you can take part: When visiting your local supermarket, take a picture of the pork on the shelves.

You can post your images and any comment on your own social media accounts, tagging NPA and the retailer, and using #PorkReport.

Alternatively, you can send the images and location to the NPA – [email protected] – and it will be posted on the @GBpork account.

Here are some examples: 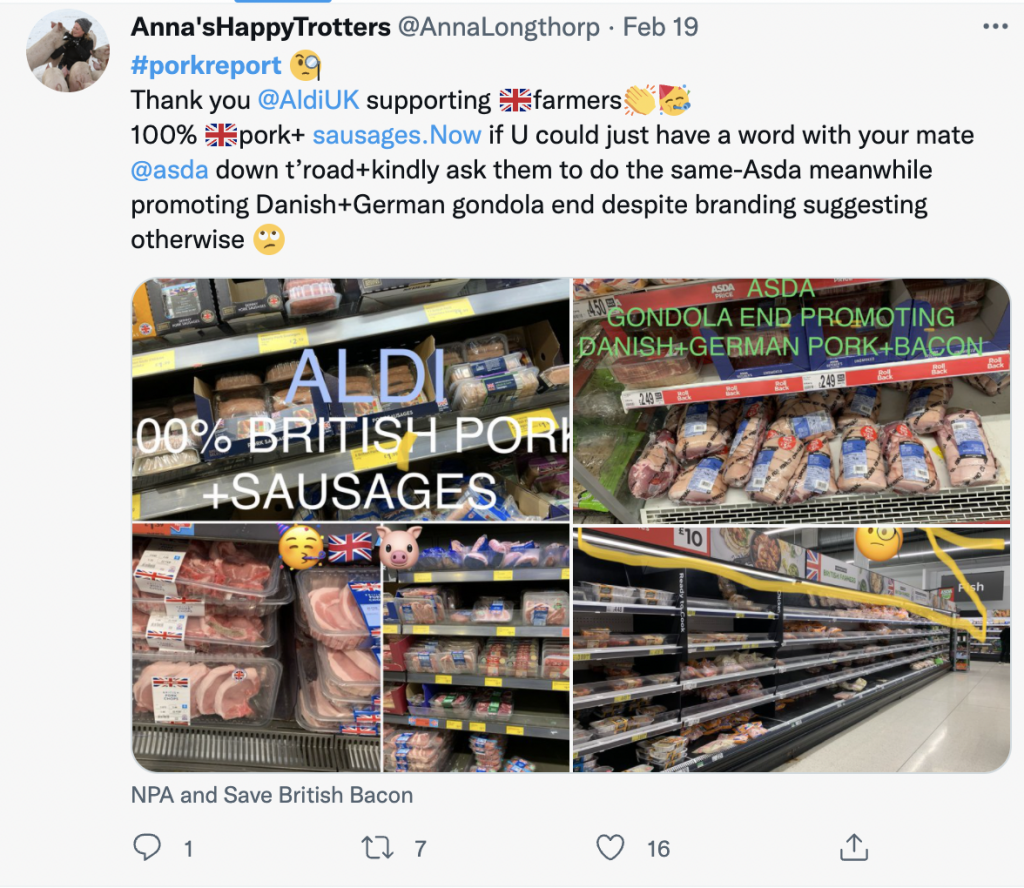 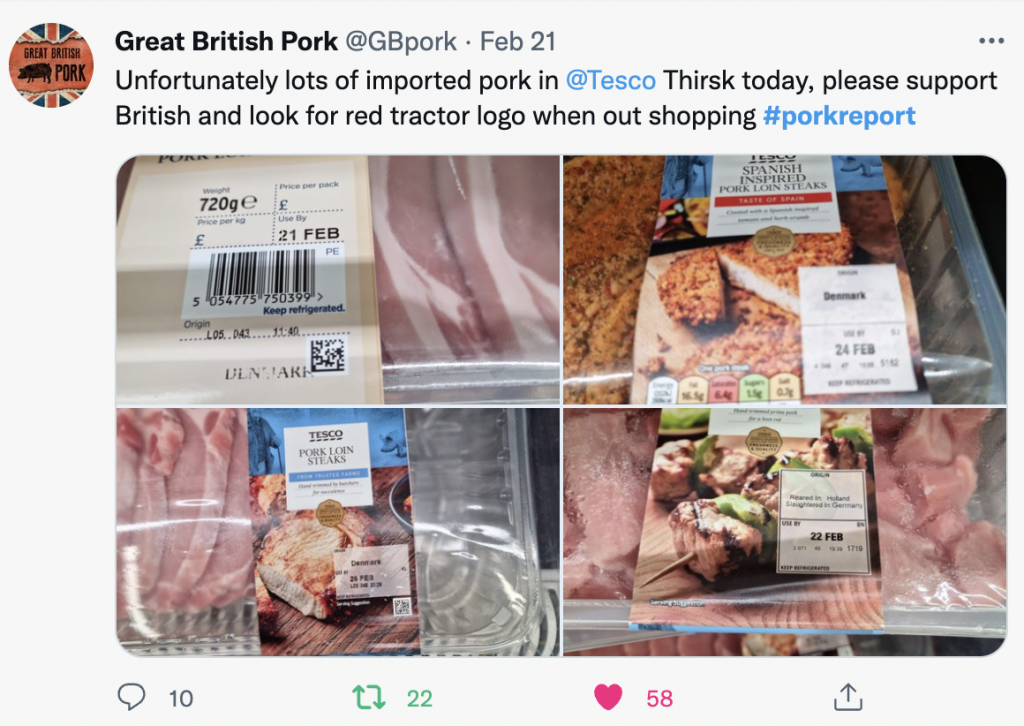 NPA chief executive Zoe Davies said called on retailers to do more to support British pig businesses, many of which are on the brink of collapse.

“The next few weeks and months should see more British pork coming through the system as efforts are stepped up to clear the backlog, at a time when EU pork is becoming shorter in supply and more expensive,” she said.

“This is, therefore, a huge opportunity for all of our retailers to step up, stock more British pork, and actively promote it to their customers, backed by clear labelling. We also desperately need retailers to review what they are paying their processors to help struggling British pig producers get through this incredibly difficult period.

“As always, we thank those retailers who are supporting British pig producers and urge all retailers, particularly Tesco and Asda, who could be doing better, to take a long-term view and do everything in their powers to ensure the survival of the British pig industry.”