Growth in shipments to China underpinned overall exports. Volumes nearly doubled compared to a year earlier, at 5,300 tonnes, while trade with other countries generally lost ground.

UK pig offal exports picked up too, by 8% on June 2018. Although a mixed picture, trade with China and Hong Kong grew by enough to increase volumes overall.

AHDB lead analyst Duncan Wyatt said: “Fresh/frozen pork imports in June were 21% lower than a year ago. There were lower imports from all but two of the top ten partner countries, in particular, Denmark (-30% or -3,750 tonnes), and Germany (-21% or 2,000 tonnes). Average import prices were 13% higher, deterring volumes.” 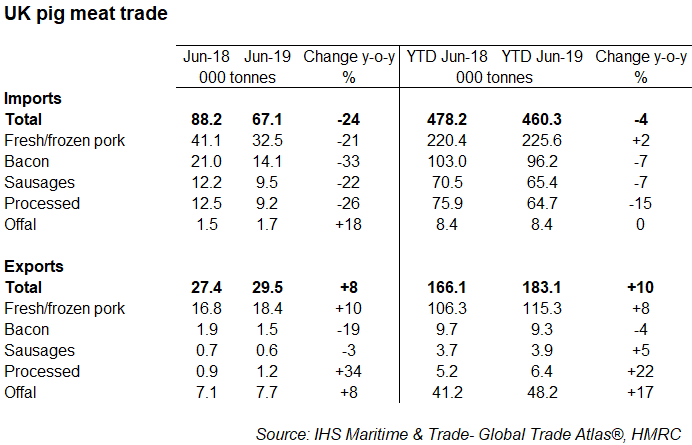