With the APP averaging 146p/kg during the quarter, this equates to average losses of 61pkg, or £58/head, more than double the crippling losses of the first half of 2021 and up from -£39/head in Q4.

The APP has risen since then, reaching 171.6p/kg in the week ending April 23, but, unfortunately, so have costs. 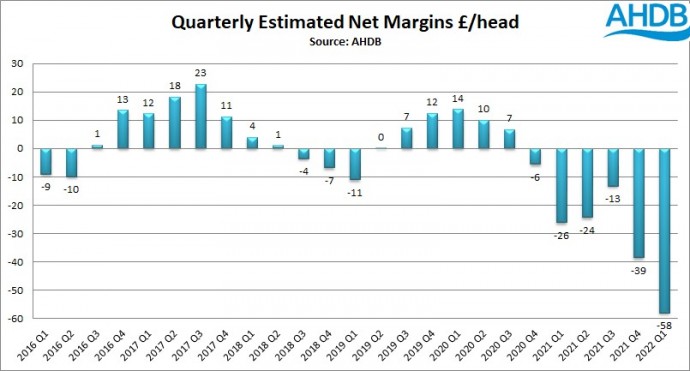 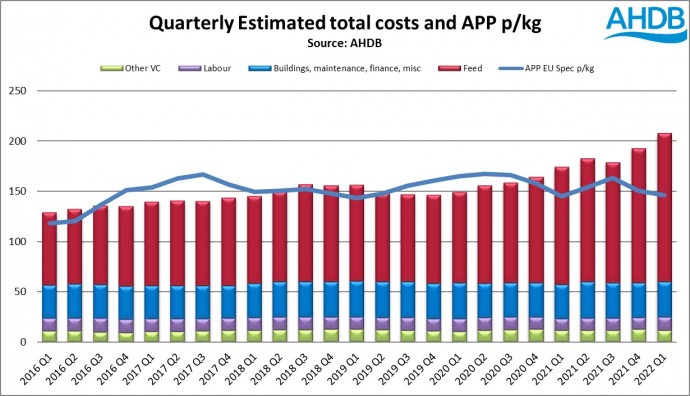 “With feed, energy and fuel costs increasing throughout the period, this average masks that by the end of March the estimated cost of production reached up to 216p/kg deadweight, as reported in a recent AHDB article,” AHDB analyst Carol Davis said.

With feed prices continuing to rise, and no indication that they will be dropping anytime soon, the full economic cost of production is estimated to have reached 230p/kg deadweight by April, assuming the same performance as for the 12 months ending March 31 2022.