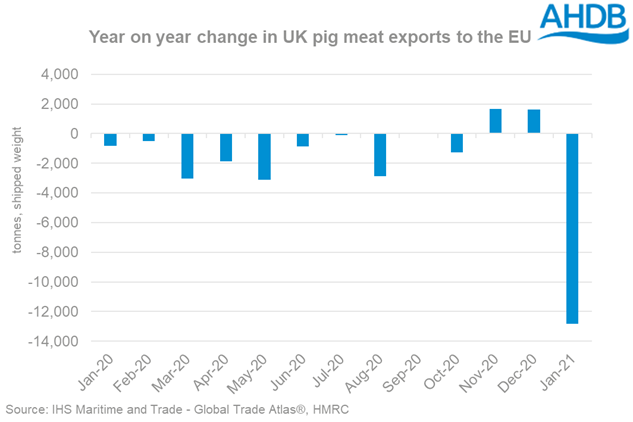 AHDB said: “We know that those attempting to export face an increased administrative burden, but we don’t know how many of them deferred exports until the processes became clearer. It may also take some time to establish how much trade is lost longer term, from companies that no longer find it profitable to export at all. 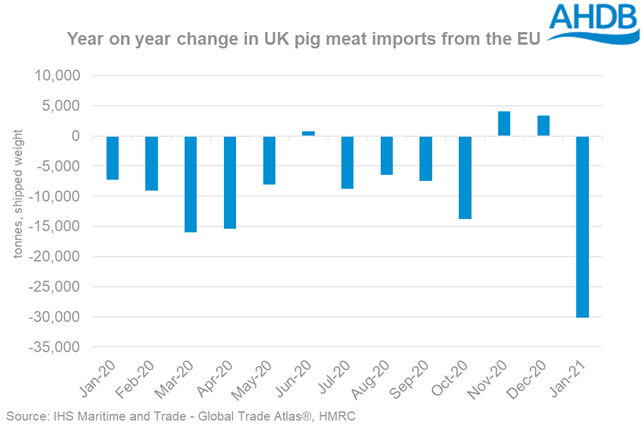 Imports of pig meat from the EU were also down despite the lower level of scrutiny at the UK border. Import volumes fell by 30,000 tonnes (-41%) year on year, to only 42,600 tonnes in January.

AHDB noted that there are some inconsistencies between UK trade figures and those reported by its trading partners, and so this initial release of trade figures should be viewed with some caution.

This is likely due to a change in the way HMRC collects trade data as of January 2021, which will be reflected in the trade statistics. Comparisons between this and historic data should may be subject to future revisions.