Mr Lister described the overall picture as ‘one of enormous disruption to our export supply chain’ and pointed out how this contrasts with the lack of checks on EU imports coming the other way.

“This imbalance, combined with other market pressures and COVID-19, is a serious threat to our industry,” he wrote wrote.

He pointed out that COVID-19 outbreaks in the meat processing industry have already resulted in an estimated 100,000 pigs being rolled on farms that should have already gone to slaughter, with deadweights are at an all time high of 92kg, almost 10kg more than they should be.

All of this comes as pig prices continue to fall and feed and straw prices rise and most pig producers expect to enter a loss-making situation in the first quarter of 2021, he said.

“We have already asked officials within Defra to pay special attention to the pork market under the UK Agriculture Market Monitoring Group as we believe that this is just the start of what will rapidly turn into a crisis for our members if nothing is done to improve their situation,” Mr Lister wrote, before asking Mr Eustice to host a meeting with producer, processors and retailers to discuss the situation and possible solutions.

The Financial Times became the latest major media outlet to pick up on these concerns, quoting the letter in detail and also interviewing Richard and NPA vice chairman Rob Mutimer.

Mr Lister said his own North Yorkshire pig farming operation was faced with about 2,000 surplus animals. Prices for cull sows have dropped 75 per cent in 10 months, resulting in an ‘almost valueless product’, he added. 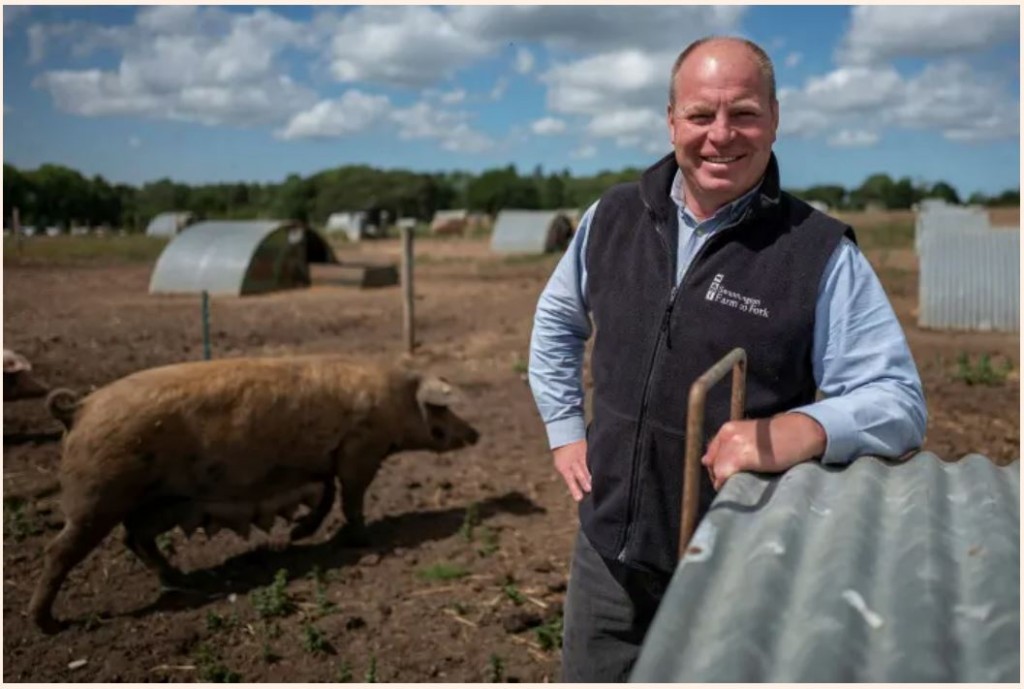 Mr Mutimer (pictured above, credit: Financial Times) said border delays meant EU businesses risked turning to other countries for reliable supply. “If we don’t get this trade flow issue sorted out then we’ll lose these markets that have been around all my lifetime. If UK suppliers are not reliable, then German factories will go elsewhere,” he said.

The disruption of trade was causing costly backlogs on his farm, he added, also with around 2,000 pigs now awaiting slaughter — all of which must be fed with expensive animal feeds.

A Defra spokesperson said: “We are working very closely with traders to ensure they access the extensive advice available to support their transition to these new arrangements.”

Questioned on the situation last week in the House of Commons, Mr Eustice goods were ‘flowing’. “Yes, there are occasionally delays at the border… but we are intervening in all such instances to help the businesses concerned,” he said.