NPA chairman Richard Lister said becoming a member of the next PIG was a ‘fantastic opportunity that should be grasped with both hands by producers and allied industry representatives alike’.

“If you are thinking about, my advice is to get your nomination in now!” he said.

The new structure, which has seen the NPA’s Producer and Allied Industry Groups brought together to form the PIG, has many benefits for those elected onto it.

For a start, the time requirements have been reduced – there will be just four meetings each year, two of which are likely to be held online. The combined group also means closer relations between producers and the allied industry representatives.

“Being a member of the PIG, especially at this crucial time, will give you a real voice in shaping pig industry policy,” Richard added. “But it has wider benefits, too, for you personally and your business, in the knowledge, experience and contacts you will gain.

“We need people with a passion for the pig sector and the drive to make things happen to come forward now!” 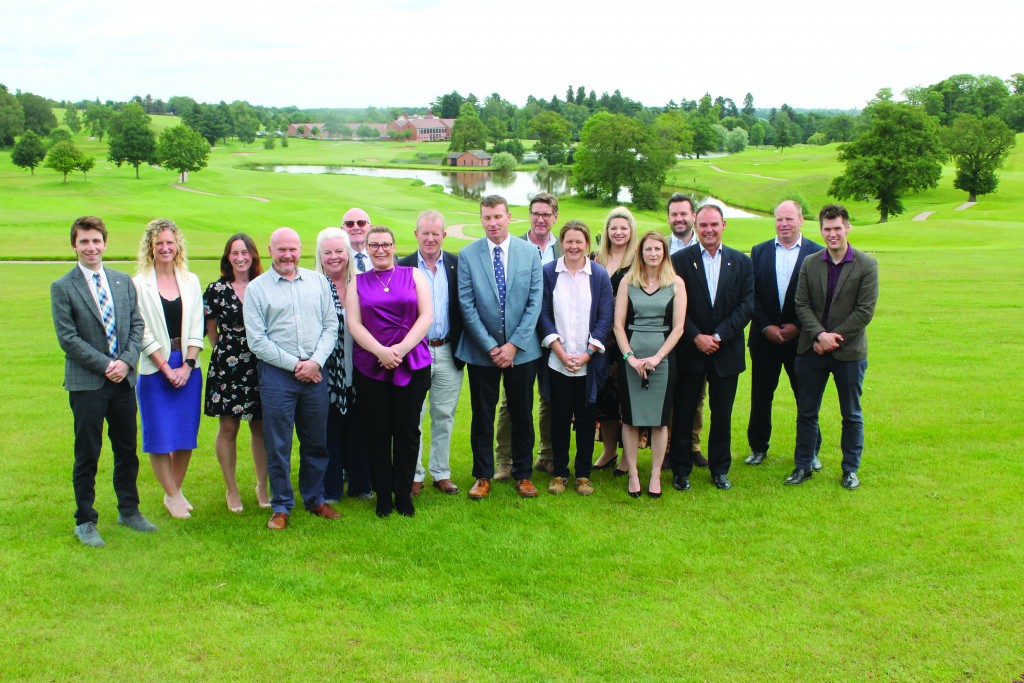 Hugh Crabtree, the NPA’s allied industry chair said, with the changes taking place around the industry, it has never been more important for all sectors to support the NPA.

Hugh said: “The NPA has always been different in the way it represents the entire pig supply chain, not just producers, and those links have now been further reinforced. In my view, this gives even more reason for the allied industries to come forward!”

At the time of writing, the NPA had received seven nominations from the allied industries and five producer nominations – and was expecting more to come in soon.

“We are delighted with the calibre of nominations so far – but we want more!” said NPA chief executive Zoe Davies.

“This is a massive moment in the NPA’s history and a time of big change for the pig sector. We need good competition for places on PIG to give members the opportunity to vote for who they think will represent them the best and, for that we need more producers to come forward from some regions, in particular – South West, South Central and Midlands – and from the allied sectors, especially the veterinary, pharmaceutical, processing and marketing groups.

“I echo what Hugh and Richard have said about the benefits of being part of this policy-shaping group – if you care about your industry and believe you can make a difference, the benefits will massively justify the commitment requirement, especially with the reduced number of meetings.

“There is still time – so, for the sake of the great British pig industry, give it a go!”

Why you should stand – from those who have represented their indusry

“The new PIG going forward will be pivotal in keeping the NPA team up-to-date with changes and new challenges in the industry, helping both the NPA staff and board make sure the organisation continues to be a forward-thinking relevant force delivering real value for money for all its members.

“There are some great forward-thinking characters in our industry and we really do need your input into the NPA. It is not a massive time commitment and as an organisation, it really does make a significant contribution to the success of our industry – so please get your nominations in!”

“I have been fortunate to work with excellent members of the NPA staff. The knowledge that Zoe imparts, that Lizzie and Becca deciphers and that Andrea manages to communicate is amazing.

“If it has ever crossed your mind to put yourself forward, please do not hesitate.

The environment is welcoming and along with the more serious aspects of the meetings, it is a joy to meet up with fellow members of the pig Industry on a regular basis.”

“There is no doubt that we would not have an industry as it is now without an NPA. To function at its best, Zoe and the team need a strong guide from the Pig Industry Group.

‘I would urge any producer big/small/indoor/outdoor to put their name forward and have an opinion.

“You will help shape and secure the future of our industry and meet lots of interesting people along the way – give it a go!”