There have been some notable processor contribution price increases over the past few weeks, with more on Friday and Morrisons-Woodheads leading the way.  However, while the SPP, which many contracts are heavily based on, has shown healthy increases over the past fortnight, including a record 5.3p last week, it still stands at just under 147p/kg, as its nature renders it unable to respond as quickly to the market as most within the industry would like. 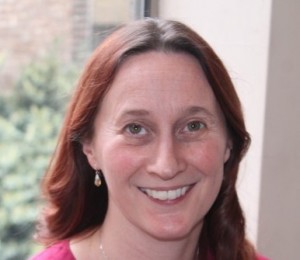 NPA chief executive Zoe Davies said the association was continuing to push at all levels to get pig prices up to a level that ensures a future for pig production in the UK.

“It has been relentless,” she said. “We are encouraged by the recent price increases that are giving producers hope. But our message to everybody – Ministers, processors, retailers and other buyers of pork – is that there is still a very long way to go. This is only the start.

“Many pig producers remain in absolute dire straits financially – and unless these price increases are sustained, we will lose them, and, with that, our capacity to produce and supply the pork products our consumers demand.”

She described February’s pig industry roundtable, which was commissioned by Defra at the request of the NPA and NFU and hosted by Mrs Prentis, as a ‘game-changer’. It brought all parts of the supply chain together to discuss the realities of the pig backlog and the wider issues affecting producers, including soaring costs of production.

“While we didn’t seem to gain immediate solutions on the day, the summit has undoubtedly improved communications across the supply chain and made a real difference, with Mrs Prentis taking an active role in raising concerns and holding individual businesses to account,” Dr Davies said.

“As a result, we have seen movement on the backlog, and there is now a far greater understanding of how the supply chain works alongside an awareness among processors and retailers of the huge financial challenges producers face, and their battle for survival.

“This has given us a basis to make the case for getting more money into the system and through to producers as quickly as possible. We are just starting to see the fruits of that.”

Since the summit, there have been numerous follow-up meetings, in some cases, chaired by Mrs Prentis, bringing most of the parties together, while there have also been individual meetings between Mrs Prentis and the processors. The NPA has held meetings with many of the companies involved in the pork supply chain.

“It has all been about the same message – taking action now to ensure producers receive sufficient income to pay for their feed, to stave off the bank, stay in business and, after enduring massive losses for more than a year, finally get back to break-even point,” Dr Davies added.

“Victoria Prentis has been very helpful. We have never had such good access to a Minister – we meet and talk regularly. She is taking on board what we say and fully understands the severity of the situation. In turn, she is seeking action from others in the supply chain.

“We have seen some good support from processors that have shown they understand the urgency. Some retailers have been helpful, too, and, behind the scenes, have been doing what they can. But we desperately need to see more urgency from some of them, including the UK’s biggest retailer and others that have the necessary resources to make a difference.

“They hold our future in their hands, and what they all need to understand is, with EU pigs in short supply and prices going through the roof, there will be nowhere else to go if we lose a big chunk of our production base.”