BMPA chief executive Nick Allen said: “This is a fast changing situation at the moment with things changing, almost on an hourly basis as more information comes through.

“It is really difficult to assess impact at the moment as, not only are there restrictions being put in place country by country but transportation routes are being disrupted.

“At the moment, plants are focusing on taking as many precautions as they possibly can so that they can keep open and keep the supply of food rolling.” 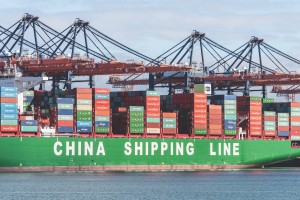 The initial impact of the virus was on exports to China, the first country to be affected, with reports of shipments into being delayed and cancelled due to logistical difficulties at Chinese ports and, in January, flat demand during the usually buoyant Chinese New Year holiday.

However, there were no signs of any knock-on effects on pork prices during February. In fact, while the UK price was static, average EU prices rose by around 9p/kg during the month to average €192.92/100kg (about 171p/kg), fractionally ahead of the UK reference price.

AHDB lead analyst Duncan Wyatt described this as ‘remarkable’, given the reports of ‘congestion getting exports into China’, allied with weak European demand, suggesting that ongoing tight supplies situation had outweighed any negative demand issues.

“Strong underlying market fundamentals remain. Covid-19 is causing logistical difficulties in the short term, but it is also thought that it might delay herd-rebuilding efforts,” he added, pointing out that Chinese wholesale meat prices have been rising.

However, in his weekly market update, valuer and industry commentator Peter Crichton noted that the German price, which had soared by about 15p in February to reach the equivalent of 181p/kg had ‘taken a tumble’ in early March to around 176p/kg, ‘with possibly more to come in the future’.

“Markets dislike changes which can unsettle the whole industry,” he said.

With Europe now officially the ‘epicentre’ of the COVID-19, it remains to be seen what impact it has on pork trade.

Meanwhile, the SPP was static last week at 162.67p/kg. “Domestic demand is reported to be steady. Concerns about coronavirus and its possible effects on export demand remain, but supplies are thought to be on the tight side,” AHDB said.

The other potential concern across the food and farming sector will be maintaining staff numbers if the virus spreads in line with some projections. The government’s chief scientific officer, Sir Patrick Vallance, said the true total already affected was likely to be between 5,000 and 10,000, a number that will grow, possibly not peaking until the early summer.

The NPA is urging members and people connected with the pig sector to familiarise themselves with the current advice from Government on how to limit the spread of the virus and what to do staff suspect they might be infected or are confirmed with the virus.

You can read the Government guidance here

You can view the NPA article here