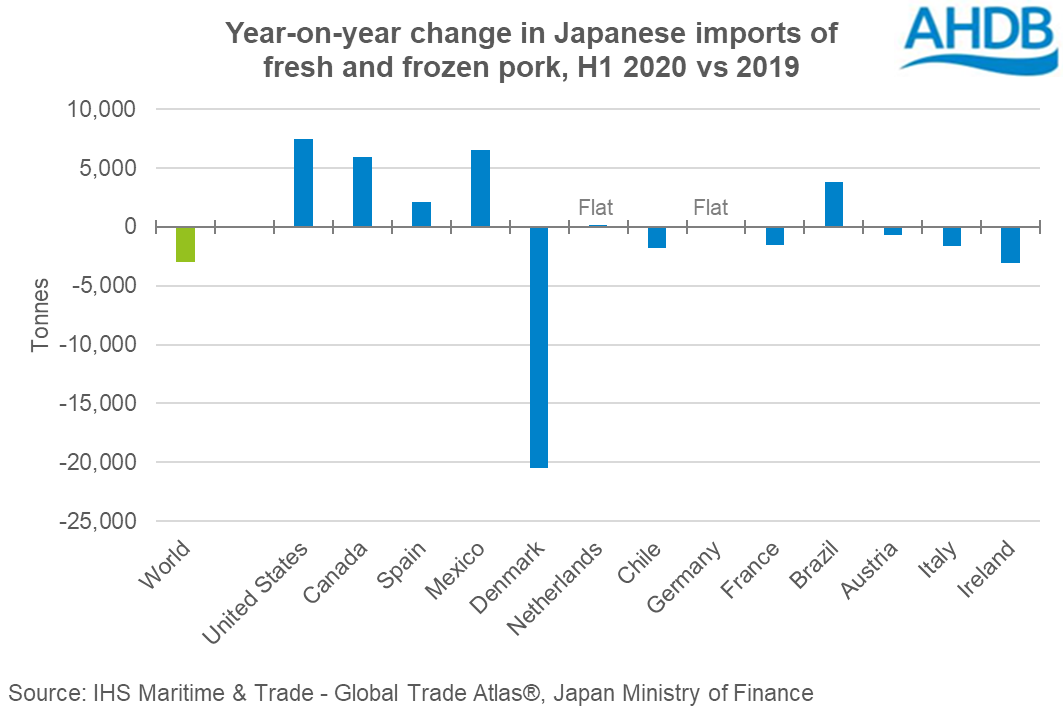 According to global industry analysts Rabobank, Japanese pig slaughter in the first and second quarter of 2020 was up by 3% and 0.5% year-on-year, respectively. Quarter three slaughter is expected to be lower on the year however, in-line with seasonally lower demand over the summer.

Imports during the third quarter are also expected to decline, primarily in response to lower demand. There could also be some reduction in imports from the US due to processing disruption caused by COVID-19.

Ms Clarke added: “Industry consultants Gira had originally forecast Japanese imports to be down 4% on 2019, due to weaker foodservice demand and suppressed tourism. According to Rabobank, foodservice is not yet back to pre-pandemic levels, but household demand for pork is expected to remain steady. Media reports suggest that Japan is facing a re-emergence of the virus in certain prefectures, and so how this develops may well have some bearing on imports going forward.”