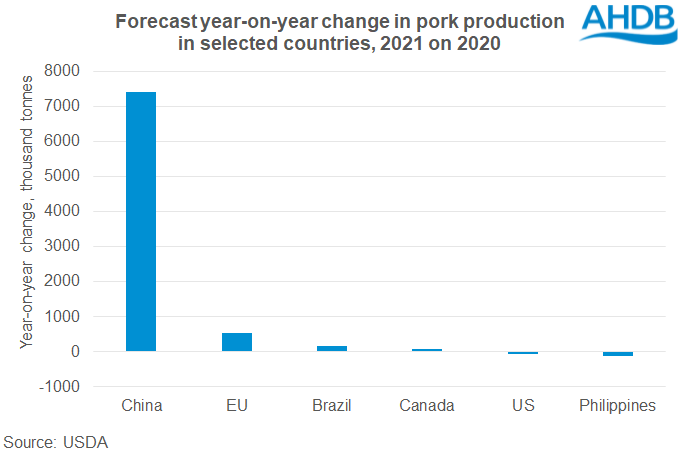 AHDB analyst for red meat, Rebecca Wright, noted that pork production in the Philippines is still around 40% below levels recorded pre-ASF.

She said: “Rebuilding of herds has so far been limited in part due to government regulations, on both pig movement restrictions and price limitations on pork at retail level. Imports by the Philippines however have been robust – driven by lower domestic production and attractive prices compared to other global markets.”