Hannah Clarke, livestock analyst at AHDB commented: “We forecast that pig meat production would continue to increase moving through 2020, linked to anticipated expansion in the sow herd. The rise in pig feed production, particularly breeding and finishing, supports this. So far in 2020, UK pig meat production has been above 2019 levels, with Q1 production up 6% year-on-year.” 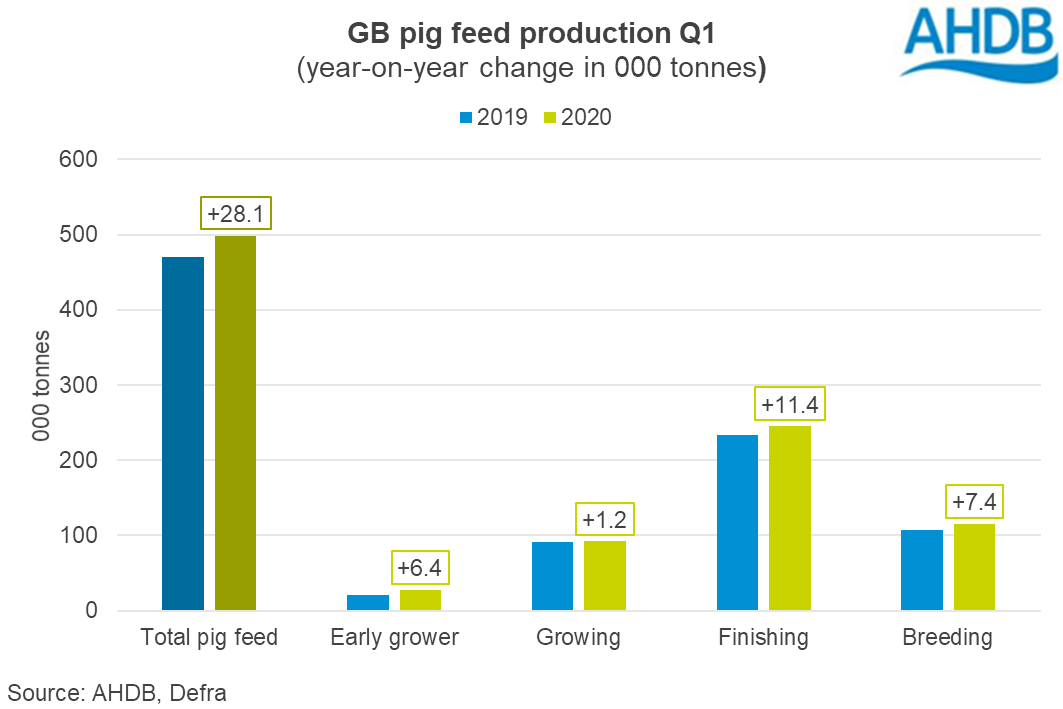