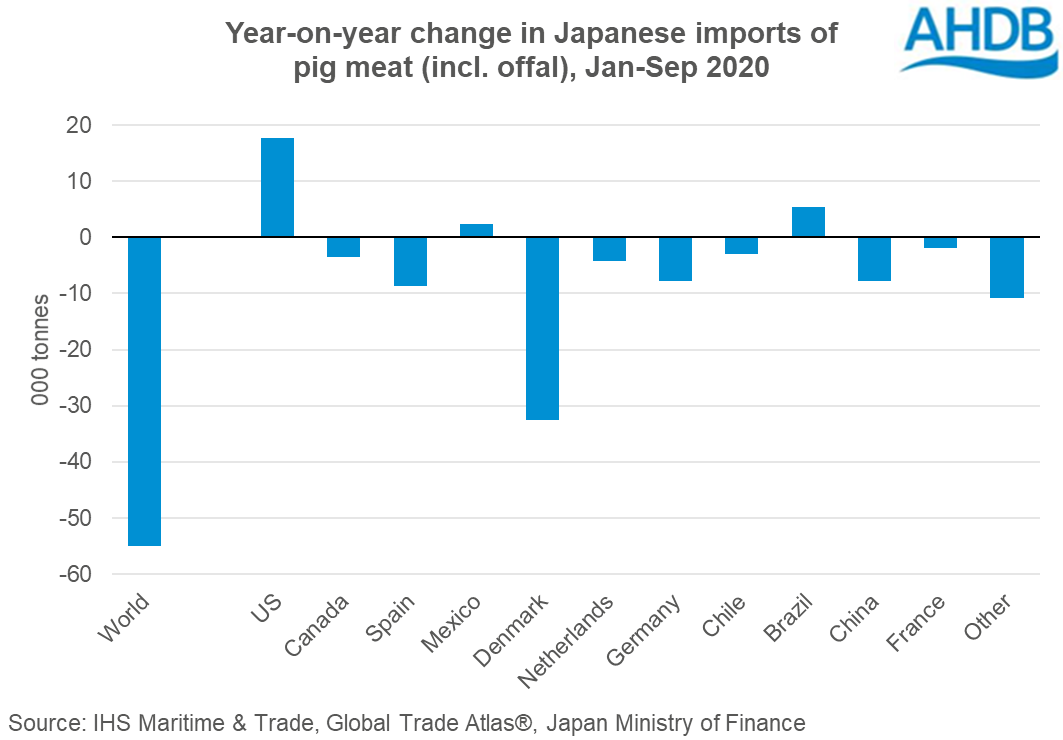 Covid-19 disruption of the Japanese foodservice sector has reportedly shifted trade away from frozen pork to fresh/chilled, potentially explaining growth in US shipments and losses from European suppliers, with the latter supplying predominantly frozen pork. This is reflected in the latest numbers as between January-September, Japanese imports of frozen pork fell 12% year-on-year, while fresh/chilled volumes grew 2%.

Ms Clarke added that according to the USDA, Japan’s pork production is expected to grow in 2020 due to herd expansion, explaining: “Reports suggest that prices have been bolstered by rising retail demand, with consumers cooking more at home due to the pandemic. Market analysts Rabobank expect that Japanese pork imports will remain subdued into quarter four, as while there has been growth in retail sales, this has not been enough to outweigh foodservice losses.”