Ms Wilkins said, however, that with both weaner and finished pig prices rising in the run-up to Christmas, the situation is showing signs of general improvement. 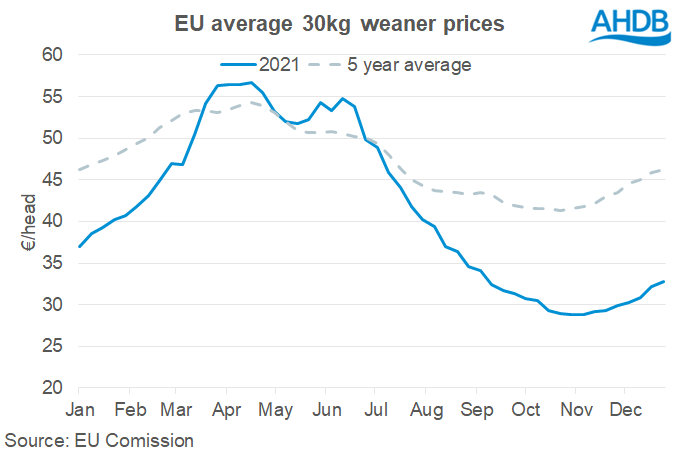 Prices in most major Member States have reflected the overall trend and increased across the past couple of months. Latest weaner prices (week ended 2 January) were:

Ms Wilkins added: “Prices in Spain, Germany and the Netherlands showed much stronger growth, with prices reaching the highest levels since the summer. Danish prices fared much better earlier in the year though, and so remain much higher than those elsewhere.”