“As such, any demand-side weakness could undermine further price increases in clean pigs and therefore sows. For now however, prices are being driven by shorter numbers of clean pigs,” said Mr Wyatt. 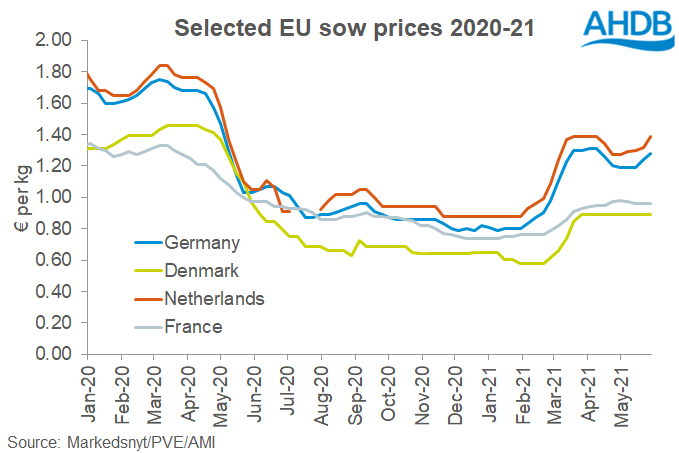 Exporters have worked hard to overcome new checks and other administrative changes imposed at the border since the UK left the EU and British sow prices have improved too, compared with earlier in the year.

Mr Wyatt added: “Although, reports suggest that the lack of profitability in the finished pig market might mean the uplift in sow prices has presented an opportunity for some producers to exit. We will need to watch upcoming June survey data for more guidance.”