The EU also increased its pork exports to many other smaller customers, including Australia, New Zealand and the US.

For the year overall, the EU exported just under 3.8 million tonnes of fresh and frozen pork, 25% more than 2019. With average prices remaining more or less unchanged,  the value of those exports reached €10.06bn. 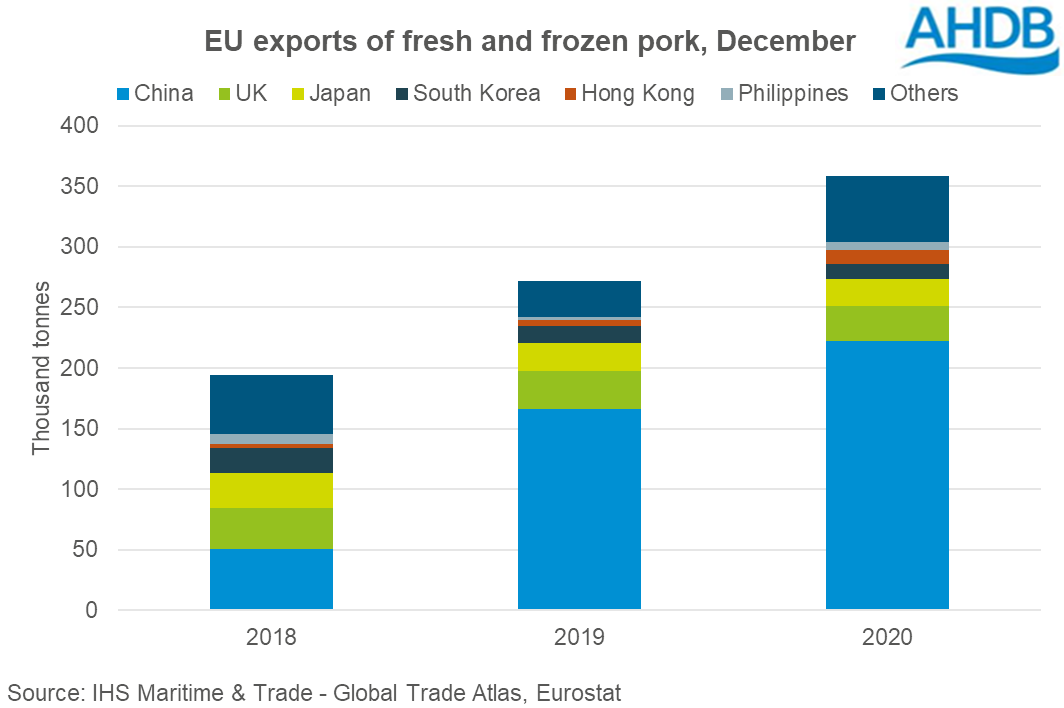 Exports of offal also grew from the EU in December, totalling 107,900 tonnes, up 26% year-on-year. However, shipments to China remained virtually unchanged during the month at 57,500 tonnes.

Hong Kong and the Philippines were responsible for most of the year-on-year growth, with the EU sending 3x and 4x the amount sent last December, respectively. For 2020 overall, offal exports totalled 1.4 million tonnes, 4% more than the year before, Ms Clarke added.