Anticipation of a future rise in Chinese pork prices, and shortage of supply, supported the initial boost to imports. However, prices did not rise as soon as some were expecting and so trade slowed down. 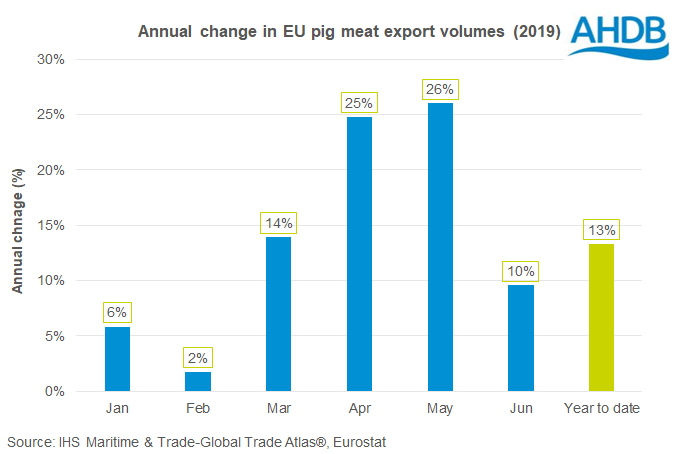 The slower pace of exports in June may also be a reflection of relatively tight pig meat supplies in the EU.On top of this, export prices increased noticeably in June (+14% year-on-year) which may have negatively affected demand from some buyers. 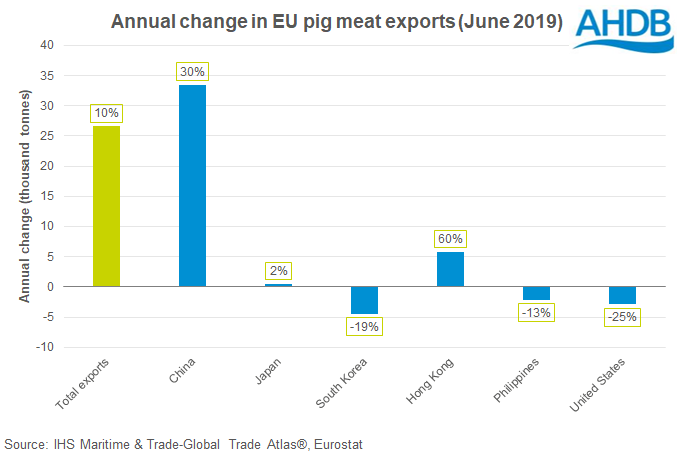 AHDB analyst Felicity Rusk said: “With Chinese pork prices now on a sharp upwards trajectory, it is likely that import demand will strengthen again, especially with the period of peak demand approaching.

“Overall, EU pig meat exports this year so far are just shy of two million tonnes, 13% more than the same period last year with a value of €4.2 billion (+17%).”