Higher carcase weights as a result of the backlog of pigs that has built up has led to price deductions being imposed by processors, while the suspension of Chinese exports from key plants, including Cranswick’s Watton, Pilgrim’s Ashton and Quality Pork Limited’s Brechin sites, are having a huge financial impact on the industry.

British Meat Processors Association (BMPA) chief executive Nick Allen said the loss of China sales is costing more than £15/pig, based on the difference between what the Chinese market pays and alternative outlets for the pork. With the Watton and Ashton sites typically killing around 40,000 pigs a week, it is costing the industry around £600,000 per week over a long period, he said.

“The two big plants affected in England represent 20% of the kill in this country,” Mr Allen said. “It is not all the pig going to China, but a significant bit of it. It is a value that the Chinese market brings to the party that cannot be replaced anywhere else in the world. It amounts to a significant sum and has been going on for some time now.”

The NPA submitted a request on March 22 to Defra for a £3.2m compensation package for producers that reflects deductions for overweight pigs, while, additionally, the BMPA has highlighted the £15/pig loss to processors from the China export suspension.

NPA chief executive Zoe Davies said Defra has ‘taken a very keen interest’ in the plight of the pig sector in recent months and, while it would be unprecedented for it to award this type of funding, she said these were clearly unprecedented times and was thankful that the Department was giving it serious consideration.

“The entire UK pig sector has been hit by this situation and, given that compensation has been paid to other sectors, such as dairy, we believe we have a very justifiable case,” she said.

In Northern Ireland, a £4m COVID-19 Support Scheme for eligible pig and poultry producers opened on March 15. The pig element, capped at £2.2m with a maximum payment per recipient of just over £100,000, recognises the impact of the outbreak in late-August at Cranswick’s Ballymena plant and the subsequent eight-week China export ban.

“This financial support will address the effects of the temporary loss of the lucrative Chinese export market, additional penalties on overweight and overfat pigs, and the price impact of alternative pig marketing arrangements,” NI Agriculture Minister Edwin Poots said.

In Scotland, a £715,000 hardship fund was announced a week later, recognising the impact of the temporary closure of QPL’s Brechin plant and loss of Chinese exports. It will cover partial deductions paid on pigs processed through the abattoir from February 8 until the end of March.

Rural Economy Secretary Fergus Ewing said: “The £715,000 will provide funding to pig farmers who have lost out through no fault of their own.” 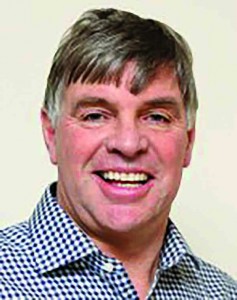 Mr Allen said regaining China export access for the affected plants was a priority for the pork sector. He stressed that this was not a blanket ban imposed by China and that other licensed UK plants were still sending shipments there, with demand remaining strong.

“During the coronavirus crisis, the Chinese Government put out a message to all the Governments around the world that if the plants supplying them had an outbreak of COVID then they should voluntarily de-list themselves until they have cleared up the COVID outbreak, and then they should apply to be re-listed,” he told Radio 4’s Farming Today programme.

“Our challenge is getting them re-listed again. Normally the Chinese inspector will come and inspect and it will be opened up. It is proving very difficult to get those plants re-listed with China.”

The picture is complicated by rising political tensions between the UK and China over China’s handling of the coronavirus crisis and its treatment of the Uighur population.

Amid already worsening relations with China, the UK, along with the EU, US and Canada, recently imposed sanctions on China. Foreign Secretary Dominic Raab described China’s treatment of Uighur population as an ‘appalling violations of the most basic human rights’.

Mr Allen said there is ‘a fear that there is some collateral damage here’. He pointed out that China has re-listed some plants via remote audits, for example Cranswick’s Ballymena plant last autumn.

“It can be done and we know some other countries have managed to get plants re-listed. It is very difficult to say whether we are being drawn into the collateral damage or whether this is just because of coronavirus and they can’t come out and inspect,” he said.

A Defra spokesperson said: “Although there are a small number of businesses that cannot currently export to China, this issue is not unique to the UK.

“Defra will continue to support the affected establishments, working closely with UK industry and the British Embassy in Beijing, with the aim of securing the resumption of exports.”

In its latest global African swine update, Rabobank said, while the re-emergence of ASF in China has complicated the picture, its pig herd is still growing and pork production is expected to rise by 8% to 10% this year. As a result, import volumes are forecast to fall by 10-30%, but will still be well above 2019 levels.