“Like other global exporters, Canada has felt the effects of lower Chinese demand for imported pork as their domestic production has increased somewhat,” commented AHDB lead analyst Bethan Wilkins.

There was, however, strong growth to the US (+26%), which resumed its position as the dominant market and received 293,000 tonnes. Shipments to Mexico also doubled, totalling 143,000 tonnes and volumes to the Philippines quadrupled, at 107,000 tonnes. 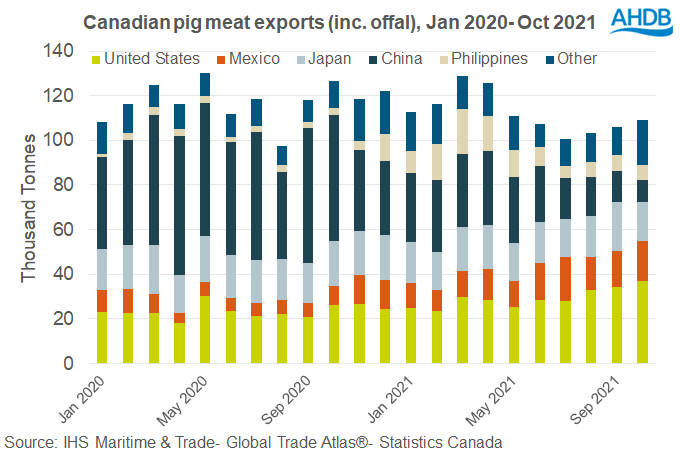