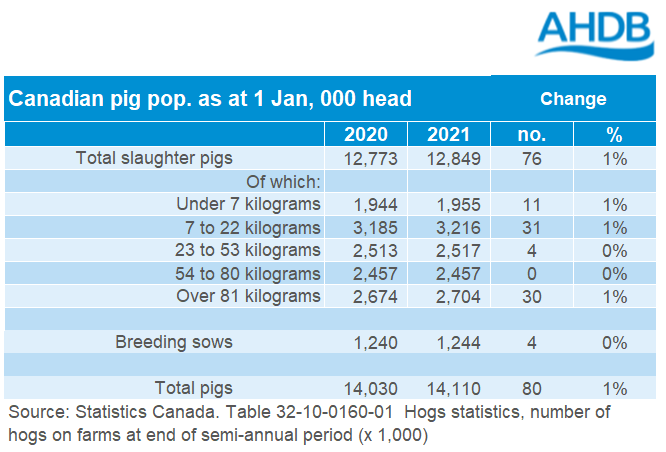 Duncan Wyatt, lead analyst for red meat at AHDB saidthat Canadian pig production in 2022 is likely to be stable compared with 2021, as the USDA is forecasting at 2.15 million tonnes.

“It is also the second-largest supplier of pork to Mexico, and so developments in Canada matter for global pork markets, and by extension, the UK.”