Beneath July’s political chaos, Mrs May’s Government finally started to set out its stall on how it sees our future outside the EU. Fundamentally, her White Paper on our post-Brexit trading relations, ‘agreed’ by the Cabinet at a Chequers summit in mid-July, nailed the Prime Minister’s colours firmly to the EU mast – hence the pro-Brexit backlash and resignations.

The document proposed the establishment of an EU-UK free trade area for goods, including food and farming products. To achieve this there would be a ‘common rule book’ for goods, ensuring harmonised standards. Parliament would still set the laws and have the ability to choose to diverge from the EU rules, ‘recognising that this would have consequences’.

This scenario would prevent a ‘hard’ Irish border, while also ensuring that nothing has to be checked at border inspection posts on the Continent or in the UK before onward transit. 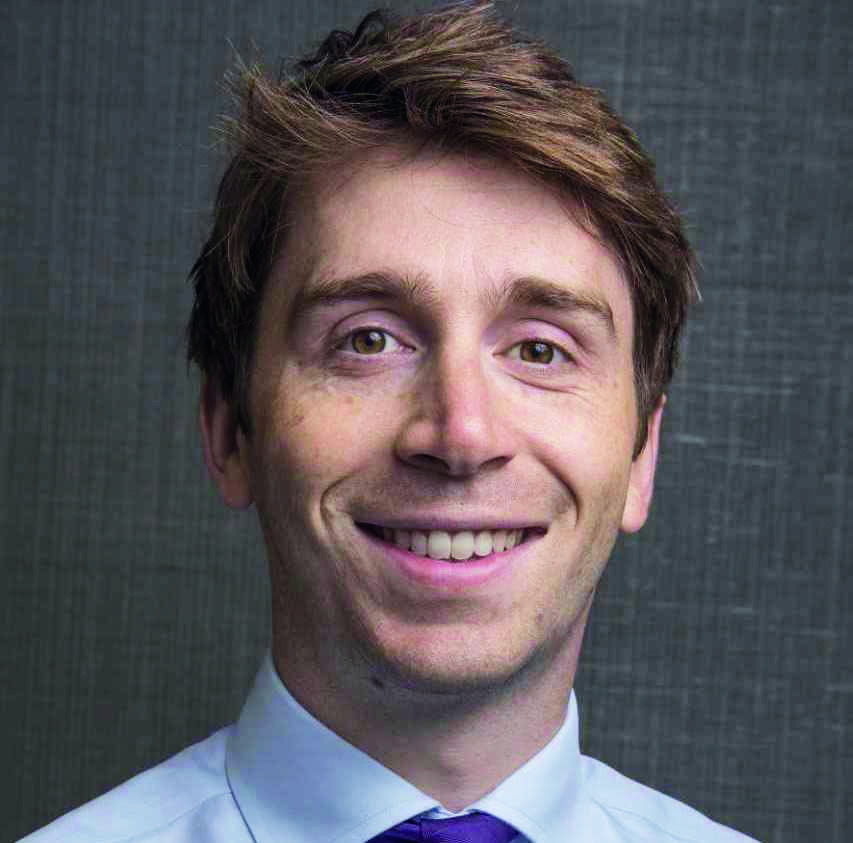 Overall, the direction of the Chequers Plan, with the desire for common standards and free trade ensuring minimal disruption after we leave the EU, is encouraging for the UK pig industry, according to NPA senior policy advisor Ed Barker (pictured).

The presidents of the four UK farming unions said the principle of a free trade area for goods was ‘vital for our sector’, while the Food and Drink Federation said it was ‘extremely encouraging’ that the Government ‘makes no-friction trade with our most important trading partner its number one Brexit priority’.

Freedom from EU Regulation?
Of course, sharing rules for EU trade (without being able to vote on them) restricts the UK’s ability to ditch EU rules we don’t like – a major problem for pro-Brexit MPs, some of whom spent a lot of time promising exactly the opposite. It remains to be seen if there would be flexibility in interpretation when it comes to EU environmental, food safety and animal health and welfare rules affecting the pig industry.

We could still go our own way on products destined to stay in the UK market, Mr Barker pointed out, but, given the nature of our trade with the EU, including cull sows, the cost-benefit for the pig sector becomes ‘highly questionable’.

Defra Secretary Michael Gove told MPs that this harmonisation would not stop the UK setting stricter standards than in place in the EU in some areas, such as animal transport or water pollution. He also told farmers at the Royal Welsh Show the deal would enable the UK to shed some of the EU’s red tape and bureaucracy.

What about trade with other countries?
This is where it gets messy. The Prime Minister insisted the close ties to the EU would not prevent the UK ‘striking trade deals with new friends and old allies’, like the US.

But there is great ambiguity in the White Paper over customs and trade, Mr Barker said.

Instead of joining the EU’s customs union, the White Paper pushing for a ‘facilitated customs arrangement’ with the EU, which would allow it to pursue an independent trade policy and ‘control its own tariffs for trade with the rest of the world’, yet appearing to be in EU Customs Union in all but name.

“The UK plan revolves around using novel IT systems that will allow HMRC to collect tariffs on behalf of the EU where goods are going to the EU via the UK and vice versa,” Mr Barker said.

However, in a massive blow to Mrs May this central part of her plan was rejected by the EU’s chief negotiator Michel Barnier in his response. Where this leaves the plan is unclear. But if the UK can secure a deal that ‘boldly aligns ourselves with EU product standards’, there is a big upside for the pig industry.

“Fundamentally, it would mean there is little chance of allowing in lower standard imports from the US or South America,” Mr Barker added. “The possibility of a free trade agreement on agri- food with the US, for example, would be severely diminished.” 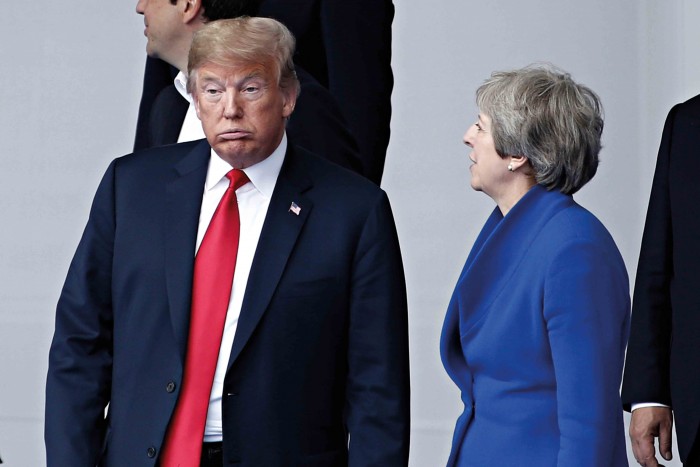 During his UK visit, Mr Trump told The Sun the Chequers plan would ‘probably kill’ the US-UK deal as it would mean the US ‘would be dealing with the EU’ rather the UK.

While he subsequently insisted the US was still open to a deal, his words, for once, rang true, given the extent to which the US approach to food regulation and safety assessments differs to the EU’s. US imports would either have match EU standards or we would need a hard border.

Does it damage our export prospects?
Mr Barker said there was currently an obsession with FTAs, which are effectively reciprocal agreements affecting selected products and can take ‘years and years to negotiate’, particularly agreements involving food.

The UK pork sector has already increased exports year- on-year to the likes of China and the US, not by any FTA, but by bilateral deals between the UK and those countries directly. “Bilateral trade is an ongoing process that can begin in March 2019,” Mr Barker said.

“The EU has agreed that the UK will be able to take a share of FTAs it has with other countries, such as South Korea, Canada and the recently agreed FTA with Japan. This is good news as there is scope to export to all three without having to start over again with a new trade deal.”

What about EU labour?
The White Paper also confirms Brexit will end free movement of people ‘giving the UK back control over how many people enter the country’.

“But, the wording on migrant labour is exceedingly vague,” Mr Barker said. “The Cabinet has agreed to end total freedom of movement, but as part of the plan, wants to offer a ‘mobility framework’ which could replicate some existing arrangements for tourists, students or workers. The agreement reads as though it is taking into account migrant labour related to the services sector, as opposed to permanent workers in agricultural sectors, and their allied industries.” But are we going to get a deal?
The plan has been condemned at home by pro- and anti-Brexit MPs, while Mr Barnier (pictured) found plenty of holes in the document in his response. Some pundits said he ‘killed the plan’, or at least the customs part of it Mrs May is under huge pressure, with a fragile majority in the Commons, and could face an autumn leadership challenge.

Following the publication of the White Paper, pro-Brexit MPs immediately dealt it a blow, getting through a Commons amendment that removed the ‘backstop’ of an Irish border deal if there is no agreement by the time we formally leave in April 2019.

In summary, the risk of a no-deal has clearly risen. Talk of the prospect and necessary contingency plans has intensified on both sides, with Mrs May forced to issue reassurances to the public after the Government revealed its plans to stockpile food and medicine in the event of a no-deal.

The UK is still hoping to reach agreement with the EU by October, but, although politicians on both sides are trying to play down the prospect, Mrs May’s resolve that ‘No Deal is better than a bad deal’ could be severely tested in the coming months.

Mr Barker explained: “We need to sort the terms of the Withdrawal Agreement during the transition period (from March 2019 to December 2020) before we agree what the future UK-EU relationship will look like.

“The EU is getting very worried about it, because there is currently no backstop with the Irish border. That is their red line and could be why a no- deal happens as of April 2019.

“The effects of a no-deal, for the UK pig sector and in general, would be profound. Volatile price spikes in certain commodities and a total grinding to a halt
of cross-border trade would be likely, not to mention the impact on the many EU nationals based in the UK and vice-versa.”