Whilst Chinese demand is likely to remain strong throughout the second half of the year, according to Reuters, six Brazilian meat plants have been blocked from exporting to China, reflecting concerns over COVID-19 cases among staff. Two pork plants are among those affected. Ms Wilkins added: “It is not clear how or when this situation will resolve.” 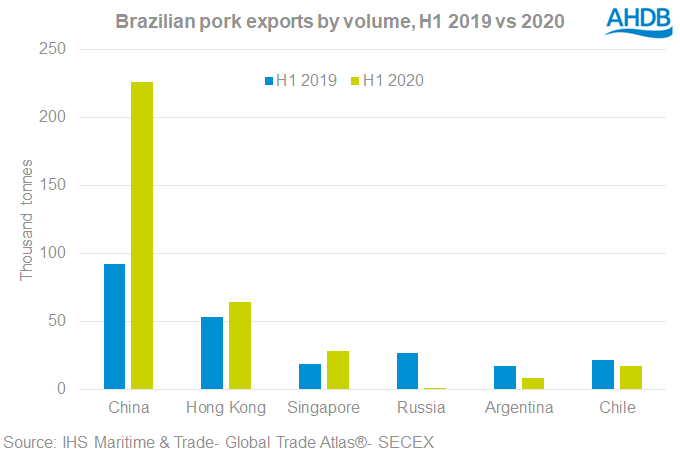 Russia ceased to be a primary market, with its share of Brazilian pork exports decreasing from 9% to virtually zero, at just 81 tonnes,

Ms Wilkins added: “With a 44% rise in the export price, supported by the depreciation of the Real, total Brazilian pork exports were valued at R$5.02 billion, about twice as much as a year earlier.”