In contrast, the proportion of British fresh pork on display at Tesco stores fell from 66% in September to 59%, with bacon down from 43% to just 33% in the latest survey.

Overall, across the 11 retailers surveyed, the figure for fresh pork was unchanged on September at 79%, while British bacon and sausage facings were down fractionally at 48% and 85% respectively. Ham was down from 63% to 60%.

You can view the full November survey here 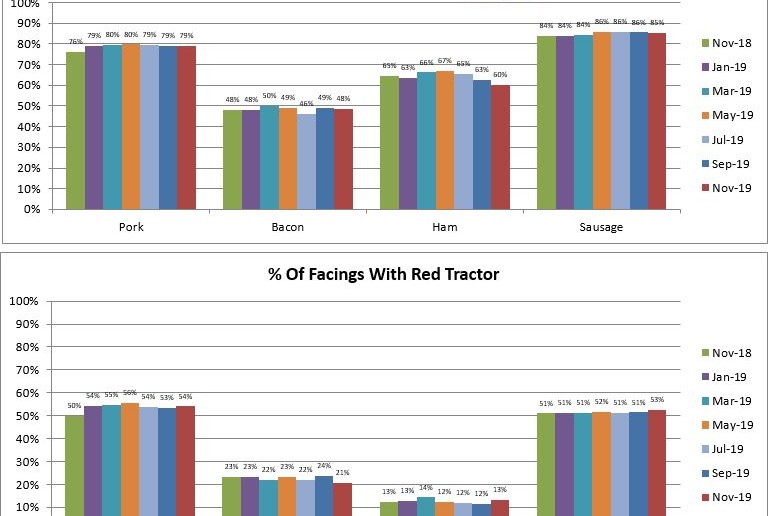 Other notable findings from the November survey include:

NPA chief executive Zoe Davies said: “We welcome signs that Asda is sourcing more British fresh pork and bacon, although looking at the price of EU pork right now which has surpassed UK prices because of ASF in China, it is not a huge surprise and there is still plenty of room for improvement when it comes to supporting British pork producers.

“It is also encouraging to see advances made by others, including Budgens and continued support from Aldi. As ever, we thank those retailers that continue to demonstrate strong support for high quality assured British pork products and will continue to challenge those who could do better.”