EU trade
Mrs May wants UK trade with the EU to ‘continue on current terms’ for the ‘strictly time-limited’ transition period, with current EU rules remaining in place, in order to help ensure a smooth and orderly transition.
Beyond that, the Prime Minister ruled out a longer-term Norway or Switzerland-style relationship with the EU, where little would change, or a free trade deal like the one the EU has struck with Canada, offering greater freedom but restricted market access.
She wants something in between that would retain frictionless trade, including no new tariffs. There would need to be common rules and regulations – Mrs May spoke of ‘protecting and strengthening’ our ‘high regulatory standards’ – but the UK also wants some regulatory and trade freedom, a difficult balance to negotiate.
For the pig sector, where the market is heavily driven by global trade, continued tariff-free trade during the transition, and possibly beyond, would bring stability and relief for exporters. Just don’t expect too much freedom from the grip of Brussels red tape.

Non-EU trade
Mrs May offered little new on the UK’s plans for post-Brexit trade beyond the EU. But addressing the NPA producer group in September, Defra officials highlighted the intention to initially replicate the EU’s current tariff arrangements with other countries for a period after we leave, at least, to ‘preserve continuity as far as possible’.
The UK will need to renegotiate the 40 Free Trade Agreements (FTAs) that the EU currently has with third countries and wants to replicate the EU schedules as much as possible. This could include the EU-Japan deal currently being negotiated, an issue of potentially major significance for the UK pig sector as it includes tariff-free access for pork.
Mr Sloyan pointed out, however, that most third country pork export deals the UK has in place are not part of FTAs but are bilateral agreements where it has been agreed to use EU rules. The officials confirmed the intention would be to roll forward existing provisions.

Import threat
The flip side for the pig sector to potential post-Brexit trade deals with, for example, the US and Canada is the risk of cheaper, lower standard imports coming the other way.
Asked during a recent evidence session in front of MPs how he could ‘prevent a compromise on standards’ in trade deals with the likes of the US, Defra Secretary Michael Gove insisted the Government would stand by the farming industry.
Even if the question of allowing in chlorine-washed chicken was all that held up a deal with the US, the Government would not budge, Mr Gove insisted.
“One thing that the Cabinet has agreed – and we have discussed it – is that we cannot compromise our high environmental or animal welfare standards in pursuit of a trade deal,” he said. “If we were to undermine the high reputation that British agriculture has earned by seeming to compromise on those standards, we would be tarnishing the brand.”
The proof of this particular pudding, as everyone in the industry knows, will be in the eating, however. 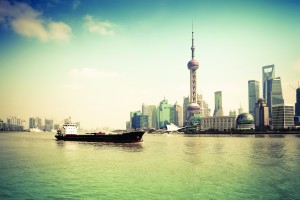 Post-Brexit trade prospects
AHDB’s latest Horizon report outlined the future global trade prospects for British meat in the context of Brexit. It cited figures suggesting that global consumption of pig meat is set to rise by 11 million tonnes over the next 10 years, with Asia accounting for the majority of this projected growth.

Looking forward, the report noted that pig meat export prospects will continue to be significant in South East and East Asian economies for lower value cuts and offal, particularly in light of the recent deal to secure access to China for trotters from three UK abattoirs. Trotters were retailing at £1.43/kg in China in June, the report noted. West Africa and South Africa also offer opportunities for this sort of product, while Taiwan and South Korea could offer demand for commodity product. Premium opportunities look to be more limited to North America and Australia and New Zealand, with small potential for high quality food service in China and Japan.

The report ranked the potential for commodity and premium exports: