“But I will undoubtedly miss the interaction. There is a great sense of camaraderie inside the industry and the NPA family. I’ll miss that, but I won’t lose it all together because once you are part of it, you are always part of it. Everybody is so helpful and supportive – it is like a second family in many ways,” he said.

“I am not leaving the NPA, I am just not having a major role any more. I will still be active and helping out in whatever way I am asked to do – it is in my blood.”

He has been a prominent member of the NPA almost from its origins in 1999. “I realised back then that if I wanted my industry to prosper, there is no point sitting on the sidelines – I wanted to have a say,” he said. 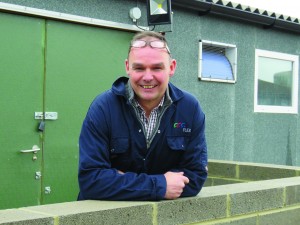 He tried unsuccessfully to get onto the very first NPA Producer Group but did get on second time round in 2003 and ‘went in at the deep end’, immediately being elected as chairman of the PG, a position he held for six years. He has been on the NPA board for the entire 18 years and became chairman in 2015.

“I have had some fantastic opportunities to be involved in important industry negotiations and media work and, as a team, there have been many experiences that have hopefully benefited the industry,” he said.

He feels, however, that with so many good people coming forward to seek election to the Pig Industry Group, it is a good time to move on.

“After 18 years, you feel that you are ready for a rest. It’s been enjoyable to work alongside some great people during that time. But I’ve got to the stage where I would like to hand the reins on and I am hugely pleased with the quality and number of people looking to take on the mantle, so from that point of view, I don’t feel too bad about stepping down.”

The NPA was formed at a time of crisis to give the pig industry a clear voice that it did not have under the previous structure when a pigs committee sat within the NFU.

“It has more than delivered on its remit over the years – it has been very dedicated and very focused on pigs, something that was missing,” he said.

“But the association is about the people. It is only as good as the people working for it and representing it. And that’s always been the NPA’s strength.”

He is full of praise for the small NPA staff team that he says has made his job easier and that ensures the organisation continues to ‘punch of above its weight’ and represent the industry effectively across a vast range of subject areas.

“It never shirks a challenge and is very light on its feet, this year being a good example of that as the team have adapted very effectively to the virtual way of working.

“Zoe (Davies) has over the years as chief executive risen to the challenge and taken the association on in the way it was formed to be – achieving the best for the industry, whether in shaping legislation and Government policy, dealing with retailers or taking the lead at times of crisis, as has been the case in recent weeks.”

Indeed, Mr Lister’s last few weeks as chair of NPA have been incredibly difficult ones for the industry, echoing the association’s early days. While the industry is not in as parlous a state as during the multiple crises of the late 1990s and early 2000s, culminating in the foot-and-mouth outbreak 20 years ago, Mr Lister said most producers were affected by the pig backlog.

“FMD was a horrific time for the pig industry but it was patchy in its impact. This is also very difficult, but it is more widespread – probably 75% of producers are affected by the rolling of pigs,” he said.

Stocking rates are ‘on the limit’ across the country and Mr Lister’s four breeding units are ‘running very, very tight on space’. “We are coping, but we are on the limit – we are trying to find a space here and a space there, but there is not much more space left,” he said.

He said the current challenges have seen the NPA at its best, as members and staff have raised the industry’s plight in the media, while at Mr Lister’s request, Defra hosted a roundtable event, bringing the supply chain together to discuss solutions. 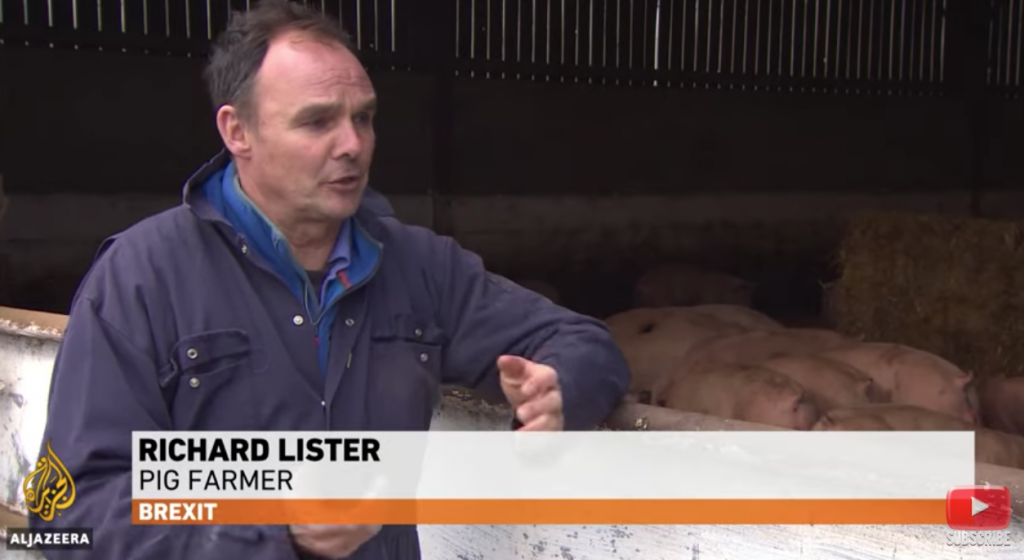 Along with others, Mr Lister has made various media appearances, ranging from regional TV news to the Al Jazeera global news network.

“The media focus has really gathered traction and all those people who have come forwards to represent the industry have done a superb job at putting the message across,” he said.

Among the policy areas Richard has been involved with over the years, he highlighted the drive to reduce antibiotics as one where the NPA has shown leadership.

“The pig industry was getting pitched as the pariah of animal production and the press ran with the story and it was all exaggerated.

“The NPA helped drive the change, although a lot of the good work was done by AHDB with the eMB database. We have helped to change the narrative to the point where the industry is now praised by Ministers and others for showing leadership in responsible use of antibiotics.”

A key moment was an interview on the BBC Panorama programme, highlighting the realities of antibiotic use in the pig sector and what the industry was doing to reduce usage. “I was very nervous about doing it, but we were very pleased with how it turned out. We stood up and accounted for ourselves,” he said.

Mr Lister has, along with Pig Veterinary Society representatives Mark White and Richard Pearson, represented the pig sector on RUMA’s Targets Task Force that recently developed a second set of ‘challenging but achievable’ pig sector antibiotic targets. “We have made a lot of progress, but there is still work to do,” he said.

Another common theme over the past six years has been the continuing rise of animal rights activism that has resulted in some damaging exposes for the pig sector. Mr Lister said that overall, the UK pig sector should be incredibly proud of its record on animal welfare, but that needed to be reflected right across the industry.

“Some units have not been up to standards and have been exposed. The old adage one rotten spoil the barrels is never more true than in the pig industry and we have got to strive to be better.”

“It is essential that we provide the best possible conditions and the best welfare at all times.”

So how does he see the state of the industry, given the ‘perfect storm’ of current events, allied with the prospect of less urgent Chinese demand in the future as its pig herd recovers?

Mr Lister, who has won both the David Black and Chris Brant Awards for his services to the industry, believes the answer lies on the home market.

“At just 45 to 50% self-sufficiency, we have got huge opportunities in the home market to take more of that.

“We have got a strong message on welfare in the UK, which is a good sell. It is important that the UK has a strong home industry. I hope in this past year, people realise that.

“It never has been an easy life in the pig industry. Once you get on top of one crisis the next one comes along and they come in all shapes and forms.

“It is not a business for the faint-hearted and it is never dull. But if we do our jobs well, there have always been real benefits and there will continue to be, although it is never an easy path to walk!”