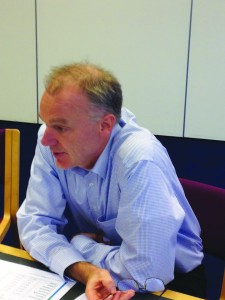 Karsten Flemin, above, senior market analyst at the Danish Agriculture and Food Council (DAFC), agrees that increased competition is on the horizon, although only a relatively small decline in pigmeat exports out of the EU is predicted for 2017.

“Chinese pig production will expand in the next year,” he said. “Chinese pig producers have done well during 2016 and that will encourage investment in its domestic market. US Department of Agriculture predictions expect production to rise there by 3.7 per cent next year, but this follows a fall of 5.5 per cent seen in 2016, so we are only expecting a modest fall in our Chinese export trade next year – a drop from 2.4 million tonnes to 2.3 million tonnes.”

Europe’s declining pig numbers might also help Denmark counter some of this loss. Mr Flemin pointed out that the 2 per cent increase in the EU’s total slaughterings during the first half of 2016 has not been sustained. Preliminary calculations for the third quarter did show a year-on-year decline and weaner prices are firm and favourable, despite falling finisher prices.

These indications do hint that, in the EU, fewer piglets are coming forward compared to the number recorded for the same period last year. This will shore up prices at the start of next year.

Producers will benefit from good revenues for some time yet, said Mr Flemin, and there is confidence that prices will be sustained throughout 2017.
Although prices are predicted to fall at the start of the year, analysts believe they will plateau in the second quarter and stabilise at similar levels to those seen this year.

Yet, among those positive predictions, Brexit and whether tariff-free trade continues between the EU and UK, casts a shadow.
The situation has devalued Denmark’s export values to the UK by 15 per cent since August and although trading remains relatively firm, sterling’s strong position is in danger of further depressing values. 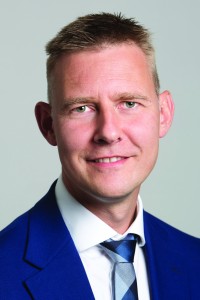 “Our countries have a similar perspective in Europe and we’re losing an ally at the EU table. The UK’s departure is not a good prospect for us” Frank Øland, above

Frank Øland, chief economist with DAFC, said this UK/EU uncertainty could force Danish export values – of which most is food related – down by another 8 per cent.
He said trading under World Trade Organisation rules could prove very risky and the UK must remain a free trade partner.
“Our countries have a similar perspective in Europe and we’re losing an ally at the EU table. The UK’s departure is not a good prospect for us,” he told UK conference delegates.
Danish Crown still expects favourable returns for producers in 2017.
Current forecasts estimate first quarter prices of 9.50 DKK/kg (£1.14), before the co-operative premium, with an overall year average of 9.94 DKK/kg (£1.19). Break-even is also estimated to fall to 9.5 DKK, in light of continued lower feed prices, and with the annual premium expected to be similar to that paid for 2016, most producers will see profit and then invest.

A change in nitrogen rates cuts feed costs
Søren Søndergaard, vice-chairman of SEGES Pig Research Centre, said changes to Denmark’s environmental legislation to bring nitrogen application rates in line with EU regulations have significantly improved crop nutrient values and cereal quality. A maximum of 170kg N/ha per year can now be applied to agricultural land and, as a result, protein density of feed grains is rising.

An increase of 1.5 per cent has been seen this season, reducing dependency on imported soya and delivering considerable savings to livestock farmers.
Mr Søndergaard, who has a 1,000-sow breed-to-finish unit and arable business, said he has cut inclusion rates of soya in his home-milled pig diets by 3 per cent and it’s saving him between 6 and 8 DKK per pig produced.

“The improvements we have seen in crop yield and quality this year are significant and there is potential to go further,” he said. “Denmark’s soil nutrients are still at very low levels following years of sensitive environmental controls. The improvements made to Danish pig efficiency has halved the environmental impact of pig production in Denmark during the past 25 to 30 years, but this has not been considered until recently, which is ridiculous.”

However, a Government-backed regeneration scheme to encourage farmers to invest in more efficient finishing systems does recognise the economic and environmental value of new production technology. Proposed at last year’s Herning Congress, a 20 per cent grant was made available to producers at the start of 2016, which has led to investment in more than 500,000 new finishing places.

The project will raise slaughter numbers by two million pigs by the end of 2018, and if expansion continues at current levels, the decline seen in Danish slaughter pig production will be reversed within two years.

Finn Udesen, chief consultant of economy, production and statistics at SEGES, said investing in finishing does present good business opportunities.
“Although many farms do still owe substantial sums, and our banks might think pigmeat production is not as good an opportunity as weaner production, Denmark still remains one of the most competitive pigmeat producers in Europe and the drive for greater efficiency will help maintain our market position,” he added. 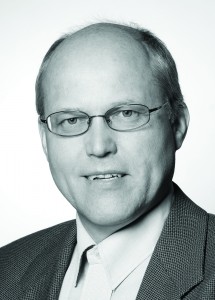 “Denmark still remains one of the most competitive pigmeat producers in Europe and the drive for greater efficiency will help maintain our market position” Finn Udesen, above

Firm edicts, new directions
Only Spain has marginally lower costs of production at 10.7 DKK/kg (£1.28) than the Danes’ 10.79 DKK/kg (£1.29) and, long-term, this might create some internal pressures in growth markets, such as Poland and Germany.

Globally, there is a greater challenge, as the US, Canada and Brazil are in much stronger economic positions. Lower feed and labour costs are increasing profitability at farm-level and fuelling investment. All of these industries have their sights on export growth and it is unlikely any of Europe’s major pig producers will be able fend them off on price alone, Mr Udesen added.

Denmark is breaking new ground with welfare-led and antibiotic-free production, while supply chains are gearing up to explore areas that were once considered niche. With flourishing demand for this class of pork in established markets – such Japan, China, Asia and within Europe – there are significant opportunities to add value to Danish pigmeat.

This differentiation, alongside the high-quality and consistency of produce that Denmark’s pig sector is renowned for, does offer potential to secure market share at home and abroad.

Foundations are already being laid. DAFC is raising awareness of antibiotic consumption in Europe and actively publicising the massive improvements Denmark’s livestock sector has made in reducing its reliance on antibacterial medication.

‘Hearts for Pigs’, a new three-tier, welfare-led assurance scheme, has also been launched. This Government-endorsed initiative offers farmers three entry levels and will have produce on retail shelves by spring 2018. The domestic and European market is the main focus for these ‘new’ unique selling points, but with such a heavily reliance on overseas trade, the Danes are sure to be keen to drive exports once volume is established.