These changes are happening not only in the ‘megacities’, such as Shanghai and Beijing, but in what have until now been less developed ‘tier two and three’ cities, such as Chengdu and Wenzhou. The consumer base is hundreds of millions – Chongqing, a tier-two city in the west, has a population half that of the UK.

As spending power increases, so does the volume and quality of meat consumed – in a country of 1.4bn people where 60% of the meat eaten is from pigs, that is a lot of pork.

The Chinese government has moved to improve the efficiencies of its pork industry, which is mostly made up of small backyard farms, but the increase in production has so far not been able to satisfy demand, said Jonathan Eckley, exports manager and head of Asia Pacific at AHDB.

Recently, these efforts have been further hampered by the spread of African swine fever (ASF), as reported last month. Chinese productivity is forecast to fall by 20% in 2019, as a combination of slaughtered stock, now in excess of one million pigs, ASF restrictions and producers leaving the industry takes its toll.

The Chinese Agriculture Ministry said the national pig herd had decreased by 17% in February, compared with a year ago, with sow numbers 19% lower year-on-year.

As a result, pig prices are soaring in China and demand for pork from the rest of the world is growing. There are anecdotal reports that high demand from China is bolstering EU pig prices.

All of this presents big opportunities, short-term and long-term, for the UK pork industry.

The majority of the market in China is for low-value, fifth- quarter cuts, such as ears, trotters, heads and bones, which the Chinese value highly. This is important for maximising value for every British pig.

China takes about 46% of UK offal export volumes, and 41% of export value, according to AHDB. About 4% of UK pork is exported to China, too.

“The commodity market is very important to us because it helps balance the carcase by taking products with lower residual value,” said Mr Eckley. 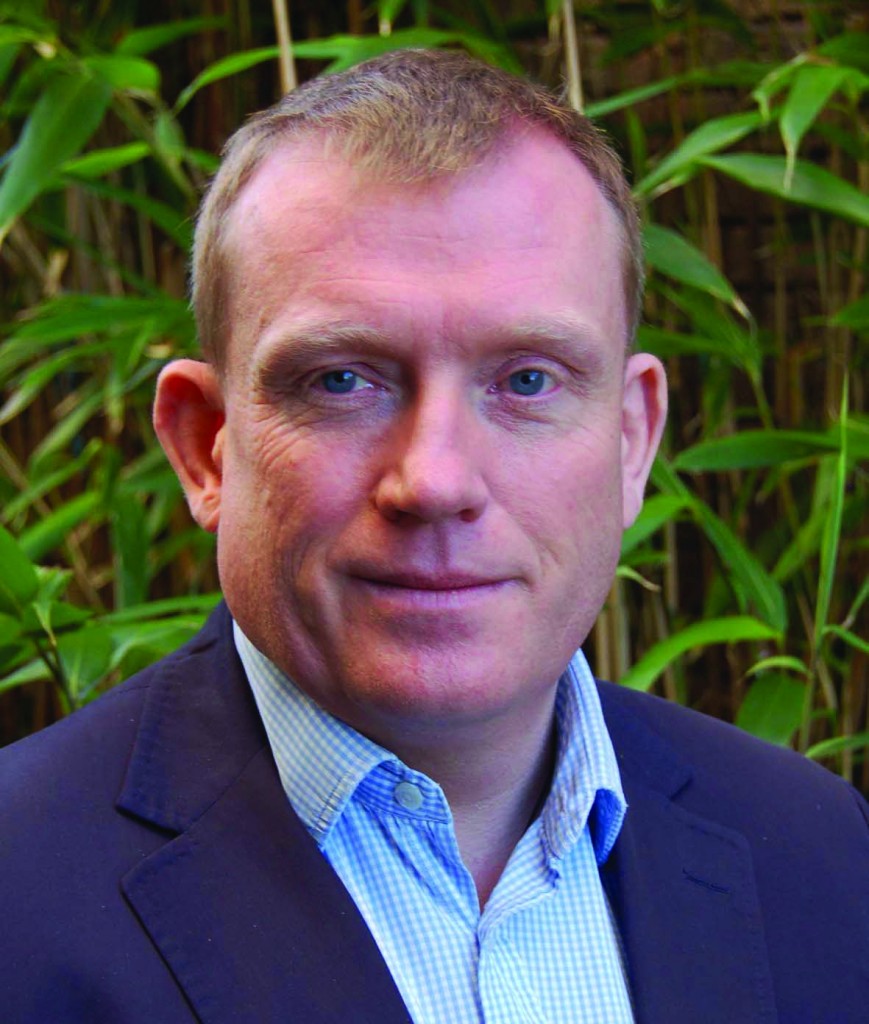 However, longer term, there will not be massive year-on-year gains in commodities, he predicted, as China restructures its industry to become more efficient.

“The opportunity to grow exports of quality products is massive though”, with demand for safe, quality, imported meat likely to continue to grow,” he said.

BRAND BRITAIN
As well as the relationships that have been carefully built by AHDB’s export teams, UK government staff and pig processors, British produce appeals to the Chinese market.

“People will look for pork from the UK because of the high quality that it represents,” said Mr Eckley.

“Provence and the safety of European-produced meat is very important at the moment.”
A number of major domestic food scares, most recently ASF, have left many Chinese consumers anxious about food grown and processed in their own country. 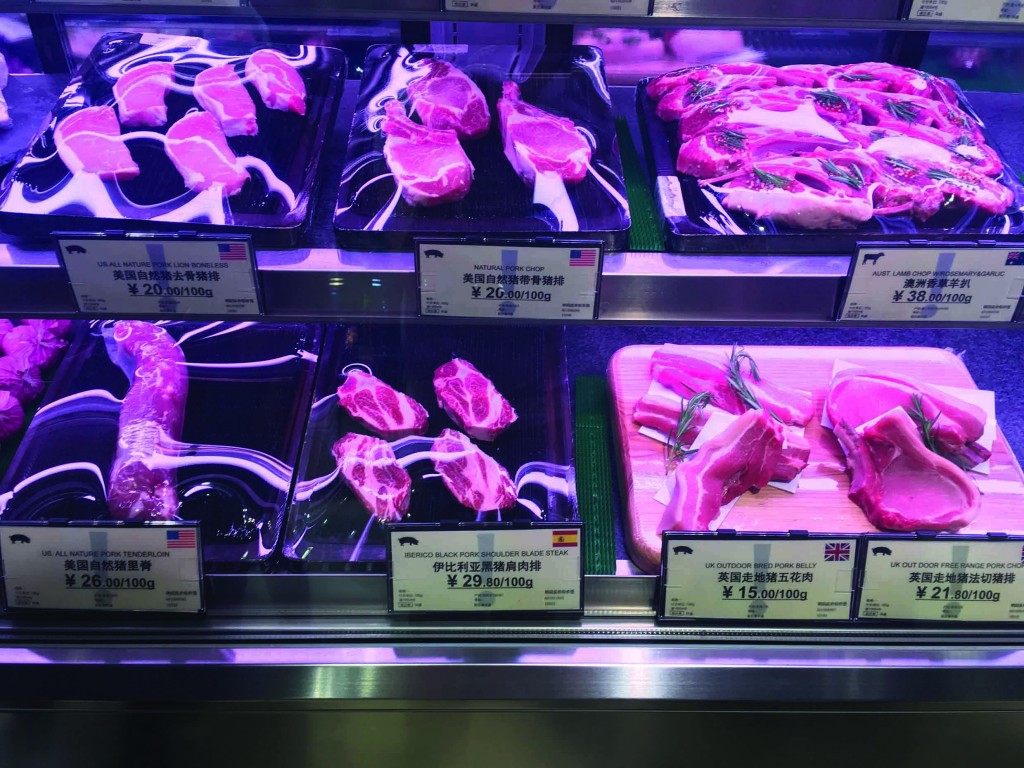 Those with money buy from abroad – 60% of consumers say imported products are more trustworthy – and European food in particular is seen as safe.

‘Brand Britain’ also comes with its own cultural clout, full of tradition and heritage, which Chinese consumers value: 50% of respondents associated British food with positive words and phrases in research by ICM and AHDB in 2017, with messaging around heritage, safety, nutritional benefits and story-telling found to do well.

PREMIUM MARKET
UK exporters are developing a higher quality offering, with messaging around welfare, provenance and ‘natural’ production, such as outdoor reared, Mr Eckley added. This is happening in the increasing number of high-end and online retailers, which is where the biggest opportunities for high value products now lie, he said.

China is now the world’s biggest importer of e-commerce goods and around 10% of the country’s population now buy imported goods using e-commerce platforms.

For individual farmers, selling online would be hard. A much better approach is to work closely with a processor, Mr Eckley suggested. “It’s about producing efficiently and to a high standard to maintain our high reputation,” he said.

In the medium term, the UK’s aim now is to get processed pork products, which hold added value, into the market.

Richard Herfelder, senior advisor at international consultancy and research company Gira, agreed that high quality products offer better stability. “Prospects for high quality branded exports would be good long-term,” he added. “For the commodities, it’s about riding the cycle. If I was exporting to China, I’d have to be on my toes and ready for the ups and downs of the market.”

Germany and Spain, the two biggest pig meat and pork exporters to China, are already selling processed products, such as hams and salamis.

But China will remain the biggest prize of all.

Case study: “The world is going to grow pigs for China”
There are ‘huge opportunities’ in China, according to Ed Wright, Cranswick’s export director.

“We are seeing a trend change and it is becoming more apparent that the Chinese have a growing middle class that are keen to try something different. It’s easy for the younger generation to travel and try new cuisines,” he said.

With around 55% of the UK’s market for pigmeat and pork in China, Cranswick is an important player – it is currently shipping around 70 containers a week around the world, with one third of its production going to China.

Most of this is fifth-quarter products, such as heads and bones, helping to balance the carcase. But the company is also developing its premium product offering, which is where it sees big opportunity. Cranswick is selling premium prime cuts into high-end retailers. But it is difficult to be price competitive, so it is also developing its online offering through JD.com and tmall.com, and using social media. 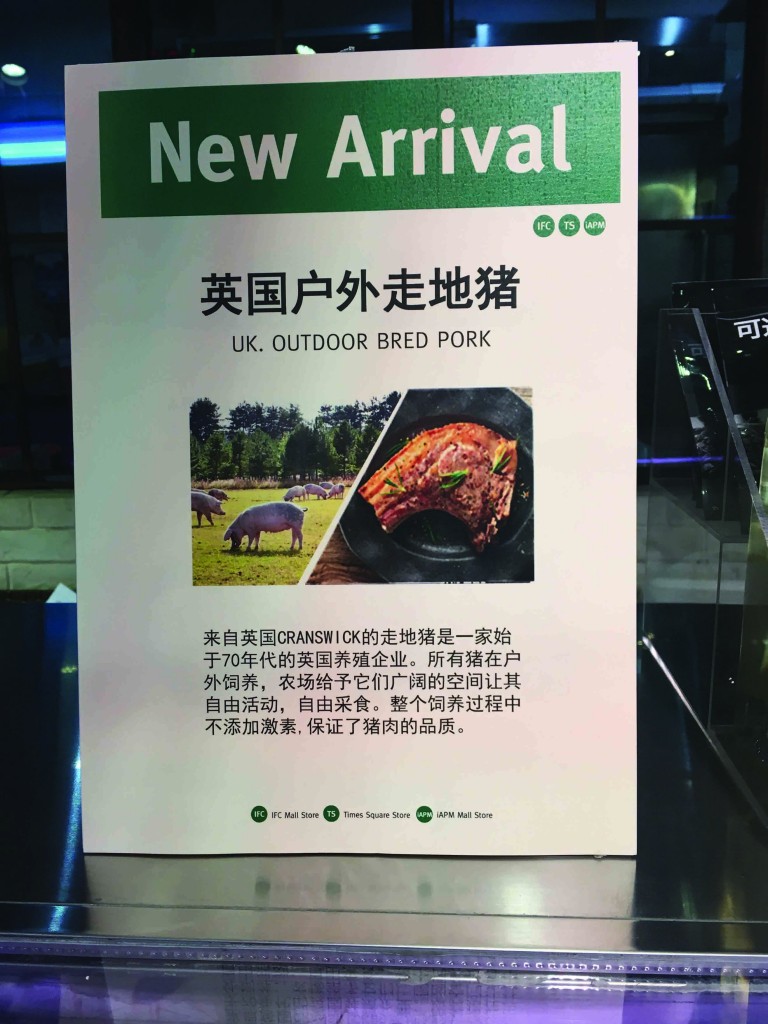 Cranswick pork products on display in a Chinese market

“Brand Britain is classed as safe by our customers, with a focus on quality,” explained Mr Wright. “We are appealing to concerns around welfare and the healthy aspect of ‘clean’ or ‘naturally produced’ pork.”

The company is doing critical work in developing the market for British produce by building relationships and brand recognition. It even has an office in Shanghai.

“Relationships are key,” said Mr Wright. “I will travel around the world meeting new customers and building relationships. Around a quarter of the year I will be out of the UK.”

Last year was tough on sales due to the volume of pigs in the China, but Mr Wright expects ASF to provide an opportunity to increase exports. “The world is going to grow pigs for China,” he said.