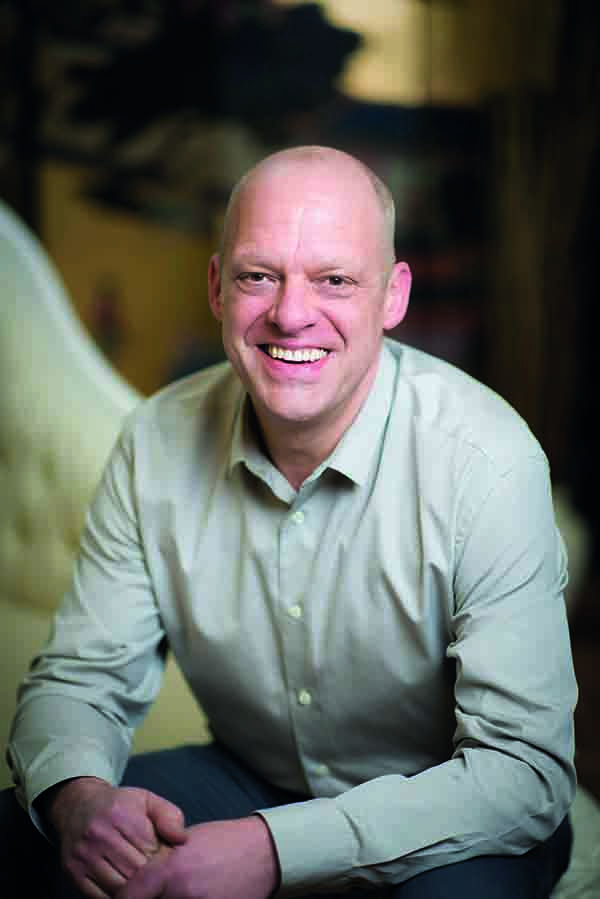 Chris Jenkins, director of pig and poultry at ForFarmers

Soya is a ‘big ticket item’ for the company. Corporate affairs director Nick Major represents ForFarmers on the UK Roundtable on Responsible Soya (RTRS) and is also president of FEFAC (European Feed Manufactures Federation), which developed the soy sourcing guidelines to encourage the transition to a mainstream market for responsible soya.

“Soya remains an important feed material for livestock and simply reducing its inclusion adds cost and can increase the environmental footprint,” Mr Jenkins said. “Our commitment is to ensure that by 2025, 100% of our soya will be sourced responsibly, adhering to the FEFAC Guidelines. In 2018, we were at 74.8% so we’re on the right track”.

Furthermore, ForFarmers is devising a mechanism by which customers can validate their own use of responsible soya by purchasing certificates from it, which, in line with FEFAC Guidelines, provides proof that one tonne of soya has been produced by a certified producer and has originated from a process that meets various environmental, social and ethical criteria and is economically viable.

“We’re also exploring alternatives, including insect protein and algae, which offer potential as high quality protein alternatives as part of an overall move to even more sustainable future feed solutions,” he said.

“In addition, we now report the CO2 emissions from our manufacturing and logistics operations and are able to calculate emissions from the feed that we produce. We also have a team looking at how we optimise the use of co-products and by-products, so we are not using feed materials that compete with human food.

“For us, it’s about leveraging our research and insight, and our strengths as an international business to think differently about how we support UK agriculture in the future. The feed industry has both the obligation and means to make a real impact.”

ANTIBIOTICS AND PIG HEALTH
The pressure from retailers, and consumers to reduce the use of antibiotics isn’t going away. The pig sector is also bracing itself for the imminent ban on zinc oxide in piglet diets. With this in mind, Mr Jenkins said the industry needed to think differently about how we protect and maintain herd health.

“While it isn’t a silver bullet – I don’t believe there is one – nutrition can play an important role in addressing this challenge. Through collaboration across the industry, we saw a further 27% reduction in the percentage of feed produced containing antibiotics, at the end of 2018,” he said.

ForFarmers is playing its part. Last year, it partnered with the AHDB to deliver a series of workshops designed to offer practical advice to producers on strategies to improve health and optimise the use of antibiotics.

“The Netherlands has already seen major changes to legislation around in- feed medication, so we’ve worked closely with our Dutch colleagues in the Nutrition Innovation Centre (NIC) and then trialled with customers on UK farms. We were ‘highly commended’ at this year’s Antibiotic Guardian awards in recognition of our work in this area so far, but there’s more to come,” Mr Jenkins added.

The company is hosting an international veterinary conference in Germany on December 4 to share nutritional innovation that enhances pig health. “Limited places are still available, so if you’re a practising vet, we’d love you to join us in Dusseldorf.” 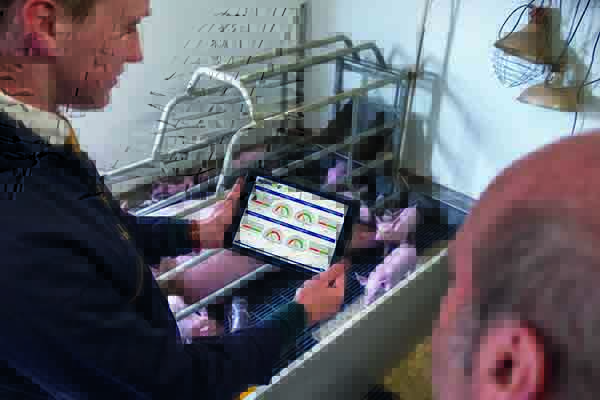 ASF, BIOSECURITY AND THE MARKET
“Meanwhile, the spread of ASF in Asia and Europe and continued incidents of swine dysentery has pushed biosecurity the fore. “

“The whole industry can play a role in protecting our disease-free status,” Mr Jenkins said, citing the #MuckFreeTruck as a great example of how the industry is responding. “The spread of ASF has seen us enhance our already-stringent biosecurity measures. Our drivers have undertaken additional training and our fleet go through extra vehicle sanitisation measures, while all driver overalls are disposable to prevent risk of cross-contamination.

“Asia’s ASF crisis is likely to see UK pig prices rise in line with the continent, so there’s a potential opportunity for producers to reap greater payback on investments by thinking longer-term and reinvesting any extra profits back into their businesses.”

“Despite this year’s global upturn, so far UK pig producers have barely managed to break even – yet they have to commit to a nine-month production cycle full of risk.

“How have we got ourselves in the position where our consumers put such a low value on protein? A whole chicken can cost less than a fancy cup of coffee, and yet consumers are prepared to pay so much more for fast food. As a food industry we must start attributing the right value to an incredibly valuable product such as pork, or, more broadly, proteins,” Mr Jenkins said.

He stressed that long-term thinking was important to ForFarmers, which continually focuses on technology and people, through initiatives such as its Pig Training Academy and performance analysis tools, such as Agroscoop, ‘which helps customers to tackle challenges – and opportunities’. 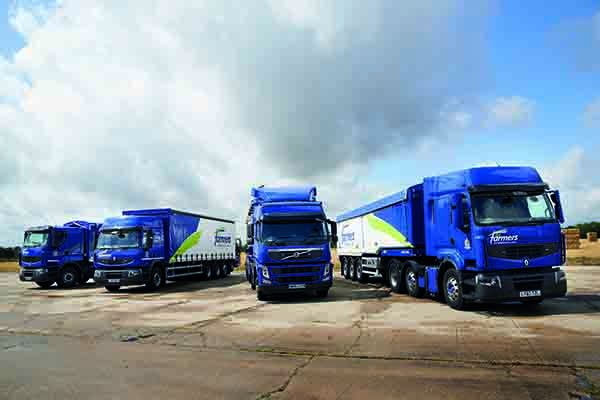 Brexit and particularly the outcome regarding import and export tariffs could have a ‘massive impact’ on the sector, a concern causing enormous uncertainty for producers, he added. “The UK pig sector has some of the highest pig welfare standards in the world. This leading position should not be put at risk through short-term thinking in trade negotiations.”

GETTING NUTRITION RIGHT
Stressing the importance of nutrition, Mr Jenkins said: “Piglets face many challenges in their early lives, and that investment in nutrition can play a key role in getting these first stages right. Our specialist piglet team works with customers on this via our tried-and-tested VIDA feeding regime.

“My colleague, national pig adviser Charlotte Evans, advises that sow and piglet management are equally important, and that results show that more than 50% of the time from a pig’s conception to slaughter is influenced by sow nutrition and management – especially important are factors such as birth and weaning weights.

“Working with our customers, we want to lay the foundations from day one with sows and then focus on piglets – preparing the gut for weaning, minimising the potential impact of challenges in its lifetime, and encouraging best performance later on.”

EXCITING FUTURE
Despite all these external challenges, Mr Jenkins is excited about the industry, which rests in the hands of the next generation!

“Earlier this month we were out at Harper Adams University to promote our student placement scholarships. I think agriculture has a lot more to offer than people think, we just need to get better at shouting about it.

“We produce the world’s best protein – what an exciting industry to be part of. And, while we are ‘just a feed manufacturer’, there are so many ways in which we are supporting our industry and driving change, to ensure, we’re fit for the future.

As principal sponsor for the National Pig Awards, I’m looking forward to celebrating with some of the industry’s finest.”