Most EU member states now have this status and Northern Ireland and Scotland will shortly follow, as will the rest of the UK by 2021. This should lead to a relative increase in Category 2 material, compared with Category 1, and consequently the economic balance will improve for rendering the former separately. This will give the potential for more of it to be used in added value areas.

“Once the prospect of porcine material having a potentially increased value becomes a reality, and it becomes worthwhile for the producer to handle carcases with freshness in mind, then the whole ‘cooling project’ takes on a new momentum”

Increased biosecurity
At a National Fallen Stock Company (NFSCo) meeting in February, proposals were outlined to increase biosecurity in the handling of carcases to minimise disease transfer between farms. The conference also looked at future IT solutions to enable record keeping of carcase movements to be brought into line with livestock movements in the pig sector with the AML2 animal movement licensing system.

The conference followed a report by Stewart Houston in 2012, which identified ‘cooling’ of porcine carcases as of value in increasing yield to the renderer, and thus reducing cost to the producer. This concept has since been followed up by AHDB Pork, which sited two cooling units on farms to evaluate their benefit. Although environmentally beneficial, the potential to gain added value was lost once the material arrived at the
renderer’s plant.

Economics within the rendering sector dictated that handling Category 2 material (porcine) separately to Category 1 (cattle and sheep) was not currently cost effective.
Dirk Dobbelaere, from the European Fat Processors and Renderers Association, told the meeting that fewer BSE restrictions on handling carcase material throughout Europe in future plus the moves towards ‘negligible risk’ status in the UK should open the door to increasing value of rendered material, and a potential industry restructuring.

Once the prospect of porcine material having a potentially increased value becomes a reality, and it becomes worthwhile for the producer to handle carcases with freshness in mind, then the whole ‘cooling project’ takes on a new momentum. The prospect of storing and transporting material that is not overly odorous is likely to be well received by both the public and the Government. 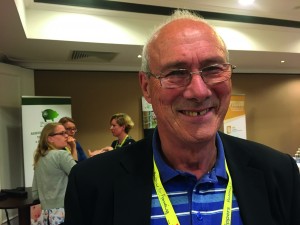 Practical standards
Pig and poultry producers have a more enhanced perception of the importance of biosecurity than their extensive counterparts and, therefore, select their collector not only on price as well as but on the risk they offer in fulfilling their function. NFSCo has been consulting the collectors and renderers on what practical standards could be promoted in order to offer the best security to producers in terms of agreed perimeter collection points and vehicle and personnel hygiene.

NFSCo also outlined the steps it is taking to update the handling of data. There is potential to access mortality data, if it is held centrally and is fully up to date.
The movement of carcases is currently recorded largely on paper, but NFSCo’s ambition is to facilitate the use of hand-held devices to record collections, permitting carcase movements to be uploaded, daily, into a central database where it could be available for surveillance purposes and control of a notifiable disease outbreak.