As a producer group, we meet five times a year to give advice and guide our NPA officers and see the issues that have to be dealt with.
There is always a long list of issues, and it is fair to say the group never has a dull meeting and that the NPA team always have plenty on their plates.

Typical issues covered include:
• Dealing with individual farmer problems (in particular recent animal activist incursions).
• Dealing with a multitude of different agencies (such as Defra, AHDB Pork, Natural England, RSPCA, Animal Aid and Red Tractor).
• Communicating with the various media outlets and the different issues that each can bring.

This all highlights that we have a team on our side who react very quickly and promote the pig producer side of any argument.
Where would we be if we lost our export licence to China?
Where would we be if regulations on welfare/environment were implemented without first being scrutinised by the NPA team who could then put across the pig sector side of the argument?

Such as it is, our industry would be in a totally different place if the issues of the day, week, or longer term were not dealt with in a professional and prompt manner.
I urge all producers to support the NPA in any way they can – whether this be joining it or standing or voting in the Producer Group election. 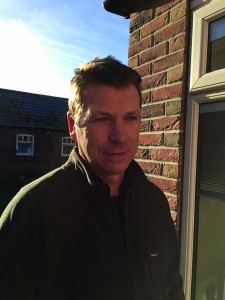 Phil Stephenson runs a 700-sow indoor unit in Yorkshire. He has chaired the NPA’s producer group since 2015