After a lot of hard work, overall use of antibiotics in pigs, along with their classifications, for 2015 onwards is now recorded in the e medicine book (eMB), the majority of which correlates very closely with the assumed usage figures calculated from sales data.

This initial hurdle, creating a recording system that people had confidence in, was very important to get right. It also allowed the industry leaders from NPA, Pig Veterinary Society, AHDB Pork and the Responsible Use of Medicines in Agriculture (RUMA)alliance to stand by the figures, while making it clear there was work that needed to be done to reduce use where possible.

So it was a pleasant surprise to many when it was announced that the combined species target had already been met, and exceeded, two years ahead of the proposed timeline – 2016 figures are 46mg/kg PCU. At the same time, the official species-specific targets were released, with pigs required to deliver a five-year reduction from 263mg/kg PCU in 2015 to 99mg/kg PCU in 2020, an overall reduction of just over 62%.

Good progress has already been made, the preliminary figures show, but there are farms that are yet to be included in this official data and it will be interesting to see how this changes over the coming months, as recording onto eMB reaches the 93% of the pig sector covered by Red Tractor.

Those who have made an impact on their usage should be proud of the changes they have made, although it is also true that the majority of easy pickings will already have been had. The challenge ahead will be a tough one, but I am sure that we, as a sector, can rise to it and end up where we need to be. I look forward to being able to stand in front of people in the years to come, as we all should, and show what a good job we have done. 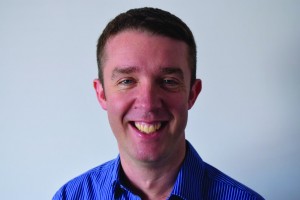 Duncan Berkshire is one of the lead vets within the five-vet pig team at Bishopton Veterinary Group, based in Yorkshire