Sometimes internal politics can get in the way here. On many places, the farm manager and the head keeper don’t see eye-to-eye, as the farming activities are seen to get in the way of shooting, while the shoot gets in the way of farming and is also bankrolled by the farm. If you get on too well with the farm manager, the ’keeper won’t think much of you and vice versa, so you have to be careful in choosing your close ally.

Usually it would be the farm manager, as you need him for straw, borrowing bits and pieces and, most importantly, giving you the decent, free draining fields.
Next on the list might be the other people that rent ground for vegetables, maize, etc. The rent that these people pay for quite a few acres can make them the most profitable part of the enterprise, even rivalling EU grants. They don’t create strange smells, either.

The trendsetters in agriculture, however, have now started to remember soil biology. Outdoor pigs on light enough land can only be good, with all of that lovely muck put back on it, and almost zero agrochemical applications during the occupancy. Little will rival outdoor pigs in terms of what is put back into the local economy through employed staff and turnover per hectare.

So keep it quiet, but we all know that outdoor pigs really rule the roost. 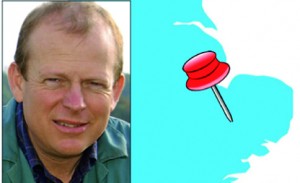