The EU export market remained propped up by Chinese demand,  as most of the other key markets, including Japan, South Korea and the Philippines, purchased less EU pork than a year earlier. 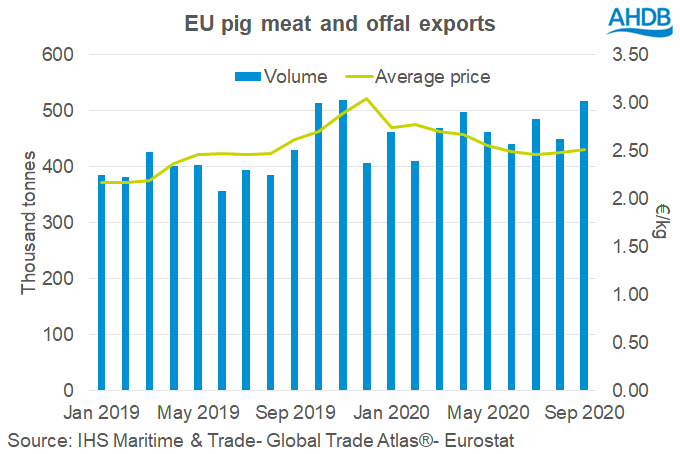 Ms Wilkins added: “The growth was largely the result of a rise in trade with Hong Kong, which doubled compared to last year. This was partially offset by a fall in shipments to Vietnam (-67%) and mainland China (-2%).”