“The discovery of a second infected boar in western Poland, some 70 km from the German border, is alarming news for both countries, presenting a striking, 300 km leap of ASF westwards, putting Poland’s voluminous pork exports at risk while presenting a serious, immediate threat of its introduction into hitherto ASF-free Germany,” ProMED, the international Society for infectious diseases, said.

According to a report on ProMED’s website, the virus ‘must have been circulating in the affected area for at least a week, probably longer’ – the ASF incubation period is reported to be 4 to 19 days in naturally-acquired cases.

The contaminated area of approximately 36 km has been completely enclosed from 15 Nov 2019, with the fencing of the area finished on Monday, November 18.

The Chief Veterinary Inspectorate said ‘intensive searches of the contaminated area and adjacent areas were underway to analyse the disease situation and to plan the location of the construction of a second external fence.

Checks have taken place over three days. About 150 people took part in the search of the contaminated zone on the first day and found 9 dead boar. On Sunday, November 17, about 80 people discovered a further 11 dead animals. The activities continued on Monday, with 100 people involved in the search.

Results of the laboratory investigations of dead wild boars found during the weekend are expected soon.

The president of the Lubuska Chamber of Agriculture, Stanislaw Mysliwiec, said: “We very much hope that the event remains limited to the 2 established 10 km radius circuits. For now, there are no reports of dead boar outside the threatened area.”

Local pig holdings were reminded of the need to comply with the biosecurity rules to avoid possible transfer of the disease from the natural environment to the farm. 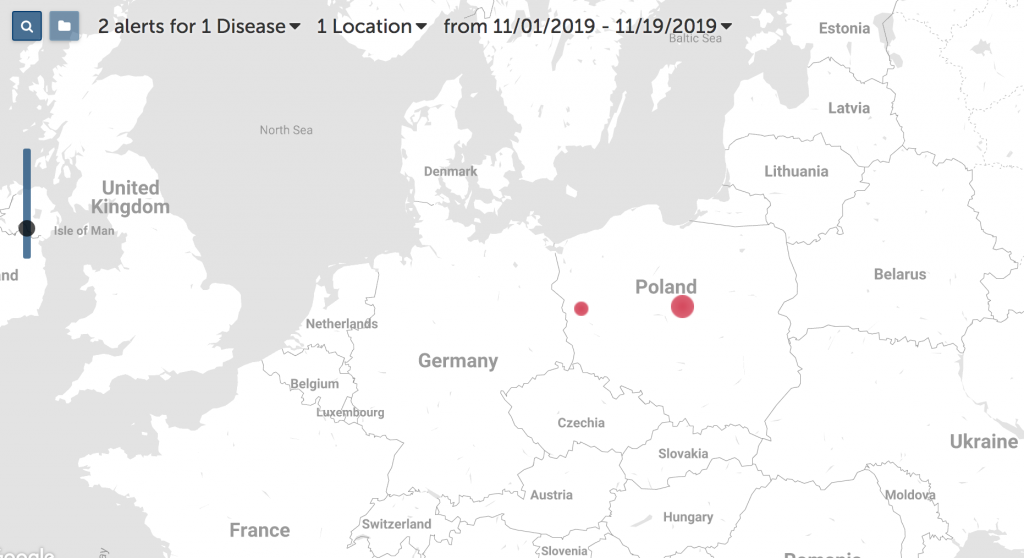