The product was approved by the European Commission in August 2017, following a comprehensive program of clinical studies reviewed by the European Medicines Agency (EMA), which confirmed its efficacy. The European public assessment report is available here.

Common side effects include a short-lived increase in body temperature (0.5°C on average and up to 1.4°C individually) within four days of vaccination, and, in sows, local reactions in the form of swellings which resolve without treatment within five to 32 days. 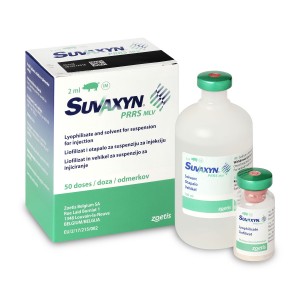 “In clinical studies, we found excellent results vaccinating pigs from the first day of age. It is safe to be used as the earliest protection in piglets, and to protect the whole herd against PRRS, as it is also safe for use in gilts and sows. The new vaccine represents a flexible alternative to allow for new customised PRRS control programs developed by veterinarians for producers.”

Alvaro Aldaz, Director, Commercial Development and Innovation, Swine, for Zoetis, said the vaccine had been developed using a ‘very innovative’ vaccine technology which brings swine veterinarians a new advanced PRRS control tool. “As well reducing viremia, nasal shedding and lung lesions in fattening pigs, the vaccine has been proven to overcome maternal immunity, which increases the efficacy of the vaccine when given to piglets during the first days of life,” he said.