“Nonetheless, for the year so far, the number of adult pigs slaughtered is still only about 3% higher than a year earlier. While sow slaughter levels don’t appear to be unusually high overall, herd contraction may still be underway if the replacement rate is lower. High production costs have led to poor profitability for pig producers this year,” Ms Wilkins added. 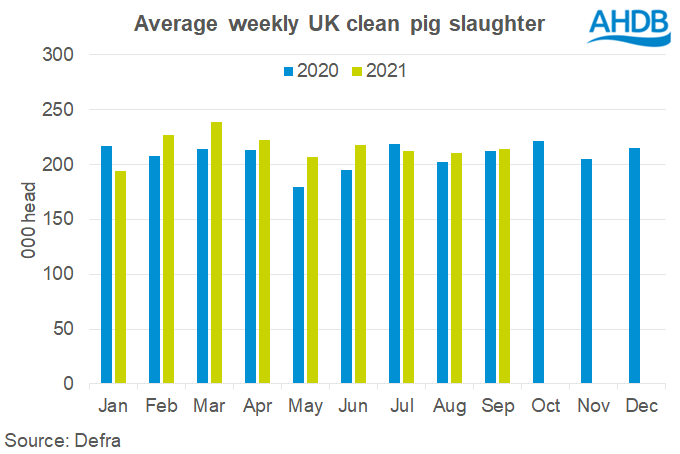 The average clean pig carcase weight in September was 1.5kg above the year earlier level at 88.6kg. This was also 800g more than in the previous month, with the ongoing rise in weights reflecting the delays to slaughter.

The rise in carcase weights, combined with the slight growth in slaughter levels, means pig meat production in September was 3% higher than last year at 85,000 tonnes. This was also the highest monthly production figure since April.