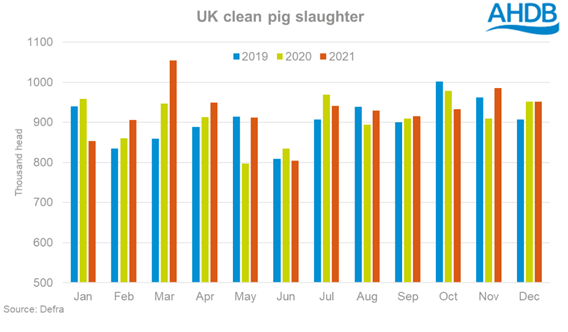 Duncan Wyatt, AHDB lead analyst for red meat, said that challenges in the sector remain, with processing capacity in some plants curtailed further in recent days as a result of high level of absenteeism due to the latest wave of coronavirus.

“Combined with less killing over the Christmas period, these factors will not have offered any help to reduce the backlog of pigs still being reported on farms,” said Mr Wyatt.