Shipments of bacon, ham and sausages also recorded declines, as did offal exports. Ham imports were also 17% lower than in 2020 and sausage volumes were 4% lower, continuing trends seen throughout the year so far. 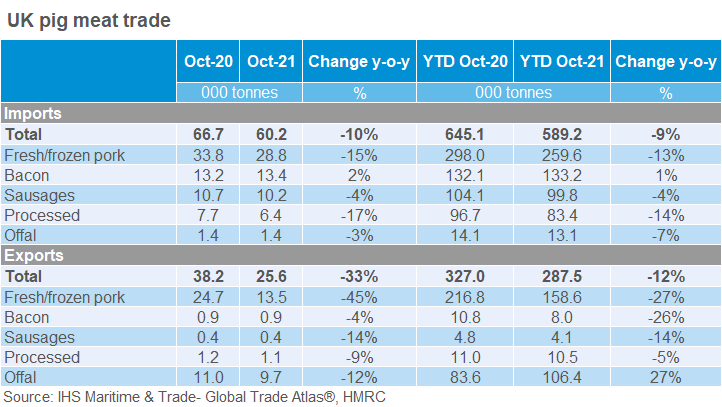 However, despite pork imports overall being lower, volumes of boneless product held steady, as processors attempted to dedicate their own butchery staff to dealing with British pigs.

Ms Wilkins added: “Low prices for pork in the EU are likely still having a negative effect on our domestic pork prices, as long as the potential remains for this pork to be imported if its price competitiveness is strong. Nonetheless, so far it seems that the volume of EU pork that has actually arrived in the UK is relatively low.”