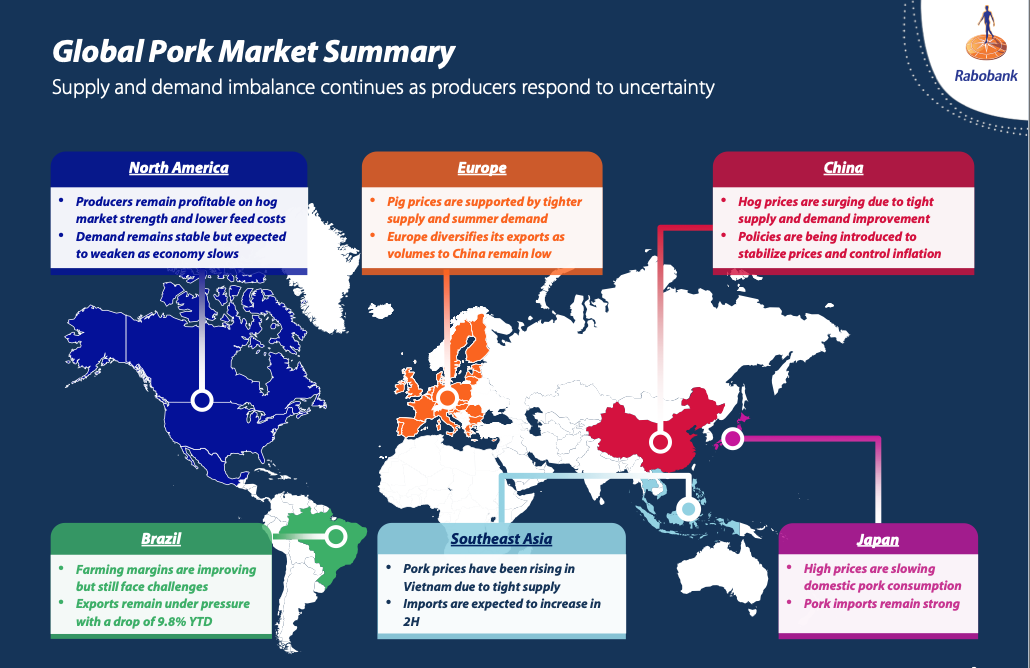 ASF outbreaks in Eastern (Germany-Poland border) and Western (French and Dutch borders) Europe have disrupted the European market, with an oversupply of certain products putting pressure on pork prices.

In Asia, ASF is threatening localised production and prices. In Thailand, ASF could reduce the pork supply by over 35% in 2022 – according to a USDA estimate; in Vietnam and the Philippines, ASF remains rampant; and China is still seeing sporadic outbreaks.

However, Rabobank’s research shows that consumer demand is proving resilient in most regions.

“This is because pork is neither the most expensive nor the cheapest protein, so consumption levels change slowly,” explains Chenjun Pan, Rabobank senior analyst for animal protein.

“The impact of a slowing economy on pork consumption is more about channels, with weaker performance in foodservice and stronger in retail, as consumers make price-value comparisons,” Ms Pan concludes.