All exporters have seen prices rise across the start of this year, most noticeably for Canadian pork, supported somewhat in US dollar terms by appreciation of the Canadian dollar. 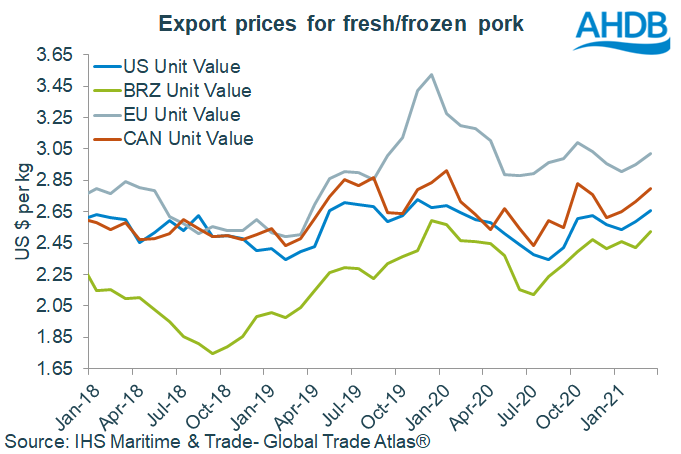 The amount shipped by the four main exporters during March 2021 was a new record high at 837,000 tonnes.

“Volumes have generally been increasing over the past few years, but the jump in March was particularly noticeable,” said Ms Wilkins. “The strong volumes largely reflect continuing strong demand from China; these imports reached over 450,000 tonnes in March.

“Volumes to the Philippines have also been escalating. Similarly, it is a rise in export prices achieved to China in March that has led to the higher global average price for the month. Recently there have been reports that demand and prices on this key market have started to wane, which may start to dampen global prices going forward.” 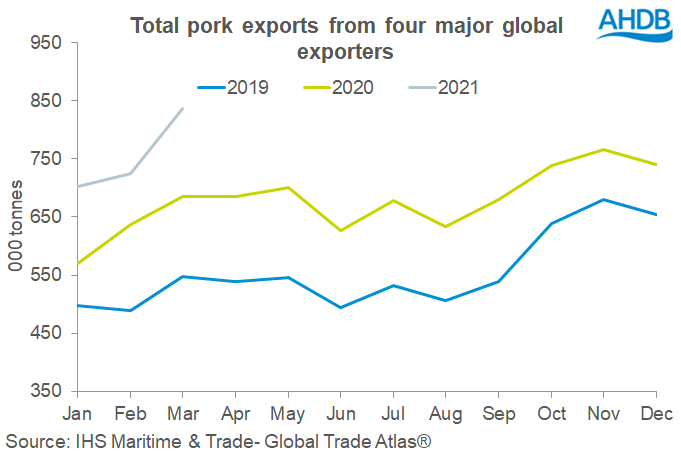