Looking at prices compared to this time last year, most cuts have recorded a rise in price. Conversely, the average price of fillet of pork has remained steady on the year, while boneless shoulder joints were the only cut to record a price decrease. 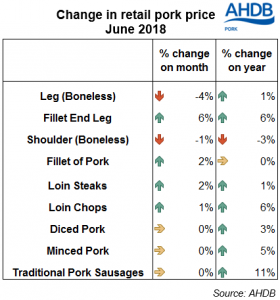