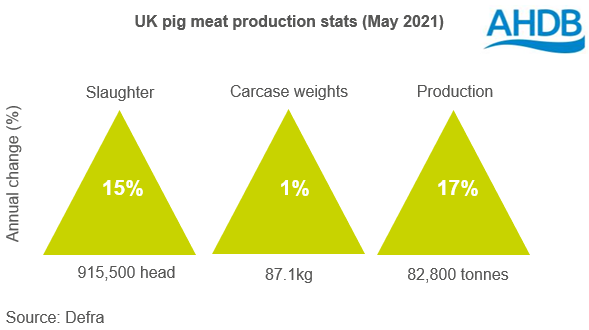 Mr Reeve commented: “GB deadweight pig prices have been on an upwards trajectory over the last few months. Reports suggest the supply of finished pigs is tighter at the moment, both here and on the continent, which has been supporting prices.” 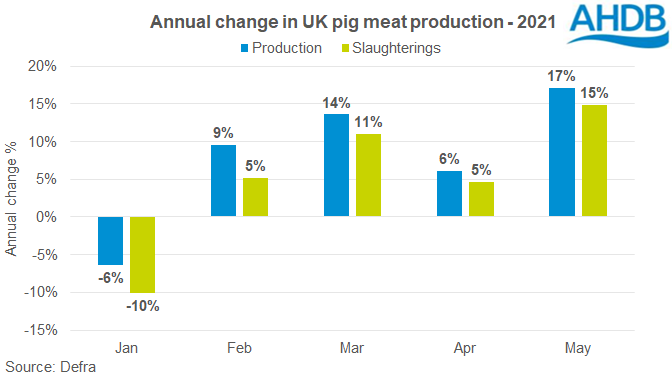 Carcase weights for finished pigs fell by 0.7kg (1%) during May compared to the previous month, totalling 87.1kg. Carcase weights were, however, 1.1kg above the same month last year.