In a joint statement, coordinated by WWF, the group of businesses ‘whose operations depend on the health of the natural world’, is urging the government to capitalise on the UK’s status as a newly independent trading nation to define a path for trade that will help tackle the climate and nature emergency, and enhance supply chain resilience. 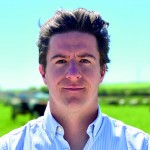 Matt Dight, Head of Sustainability at Pilgrim’s UK, said: “As one of the UK’s biggest food and farming businesses and Britain’s leading higher welfare pig farmer, we’re not prepared to compromise on our standards. That’s why we fully support the WWF in calling for the government to ensure that the highest welfare and environmental standards are maintained for any food products imported into the UK from other countries. We all have a responsibility to do everything we can to ensure we have a positive impact on people and the planet – by putting sustainability and animal welfare at the heart of our future trade deals, the government will not only be supporting British businesses and the transition to a green economy, but can also set an example for the rest of the world to follow.”