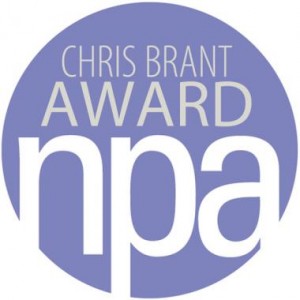 After many years of supporting the award, Richard Longthorp has passed the mantle onto the NPA.

To nominate, email [email protected], with your nomination and a few words explaining why you think they deserve the award by July 2, 2021.

“This award is different to the others as it is not looking at what the individual has achieved on their farm or business – but at what they have done for the wider industry, over and above the day job,” Zoe said.

“It is nominated and judged by industry peers, which is one reason why I was so honoured and privileged to win it last year. However, this is more about identifying those people who go above and beyond, many of whom aren’t well known and just quietly do what they do without realising the real impact they have on others’ lives.

“Let us know why you think your nominee is special, the impact they have had, whether at local or wider industry level – and why they deserve to join such an illustrious list of previous winners!”

The award is named after Chris Brant, who died in July 2009. One of the leaders of the British Pig Industry Support Group, which ran from 1999-2001, regularly blockading retail distribution centres during those dark days and keeping a pig in Parliament Square, he was famously hard-working, noisy, loyal and as straight as a gun barrel.

And he never failed to step up to the mark when his industry needed him, a characteristic that has set subsequent winners apart.