Unlike in the UK EU factories also tend to pay the meat inspection charges (£1.20-£1.45 per pig), while other levies are small relative to the AHDB levy of 85/pig, he added.

Mr Lister estimated, added together, all of this could equate to EU farmers being 8-10p/kg better off under similar headline prices.

The current headline comparison suggesting the overall EU reference is just 6p/kg ahead of the UK price (see below) is therefore misleading, according to Mr Lister.

“These prices are used to try and demonstrate we get a premium over EU prices or by processors to say they are paying too much for our pigs or by retailers to say EU pigs are cheap. I think the aim should be for accurate price comparison because we are being duped,” Mr Lister said. 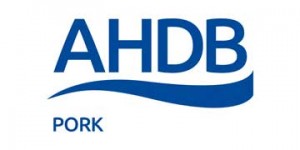 AHDB market specialist manager Stephen Howarth said: “Price comparisons between different countries are always challenging, with the factors which Richard alludes to among those which make it complicated.

“It is also worth remembering that the UK reference price includes Northern Ireland (where prices tend to be lower than in GB) but also includes outdoor-bred pigs (for which prices are higher).

“We are currently doing some work to try and understand the different price series better, with a view to coming up with a more meaningful view of how the prices actually paid to producers compare. This will draw on a range of sources to ensure we get the most accurate picture possible.”

Hr acknowledged that previous work had indicated the EU reference price tended to overstate (or understate) the gap ‘to some extent’, although it was unclear by how much. The new work will shed more light on how well the widely quoted reference prices reflect the relative price levels in the UK and elsewhere, he added.

“We think a more accurate price comparison can be achieved and we are working on it. There will inevitably still be some caveats on any comparison but it should help everyone to understand the true situation.”